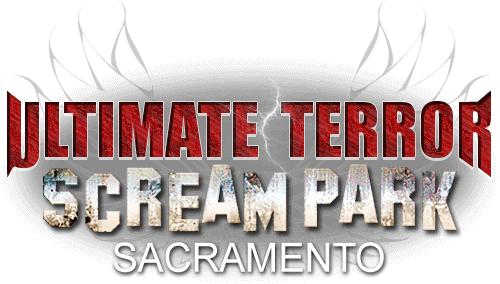 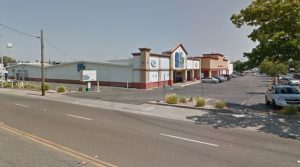 Rosemary St Hex was a naive, happy woman once a long time ago. She found herself a man she loved and eventually she married him. She was keen on inviting everyone to the wedding except her terrifyingly crippled, old witch of aunt, Aunt Jex. The disheartened, bitter aunt resented that decision and lay a terrible curse upon sweet Rosemary on her wedding day, of all days. Rosemary was at the alter, finishing her vows. The ordained clergy pronounced the two “husband” and “wife.” She kissed her new husband, but a grisly sight beheld her. His flesh became grey, his skin peeled off, his eyes became blood red and his iris’ yellow. He growled for a taste of blood and attacked the clergy. Soon the whole venue was full of ravenous, flesh-eating, monstrous humanoids. Poor Rosemary possessed the diabolical touch that turned humans into zombies: the living dead. They follow her everywhere now. And she has shacked up in Ultimate Terror, afraid of who she might accidentally touch now. But those are the least of your worries, since she reluctantly controls an army of nightmares.

A failed otolaryngologist by the name of Dr. Shrill stole millions of dollars for funding which he put towards attempting to make people’s voices sound the same. He kidnapped countless young adults from the Piercing Orphanage and locked them in the now famed Screech Asylum, where he experimented on them for years. Torturing them, causing bodily harm and psychological distress. He was not successful, and only created tormented spirits whose voices are that of high-pitched, ear-shattering squealing, shrieking, howls, roars, and cries. The asylum lays dormant in the mazes of Ultimate Terror. Dare to venture in to find your way out, but before you do, know this: The inmates’ bodies were never found. But Dr. Shrill’s body was…What was left of it.

Home is where the heart is. And cadavers. And lungs. And spines. And the rest of the harvested organs that Herbert Shaitan has collected from hundreds of innocent bystanders throughout the decades. Shaitan inherited a manor attached to Ultimate Terror. Inside are mazes and endless crawl space where he could watch his helpless victims cry for help as they were gutted by his ghoulish servants in crow masks. Shaitan believed the ancient myth that absorbing someone else’s body parts would give them utter super strength that the previous body part owner possessed. So far, his beliefs turned out to be true. Super soldier demons patrol the manor, awaiting any unsuspecting patrons to venture in, wondering if the legends are true. Once the ghouls dealt with the gutting, the finishing touches went to Herbert himself. Strapping down the lowly victims, he would take his time with them as he pumped them full of adrenaline, and hung a mirror on the ceiling, so they could watch whatever it was he would do to them. And you’ll see soon enough exactly what that was! 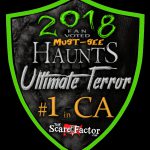 Most Gruesome Haunt Maze - Paranormal Playground (Given by: Team In-Corpse-A-Rated) 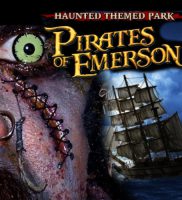