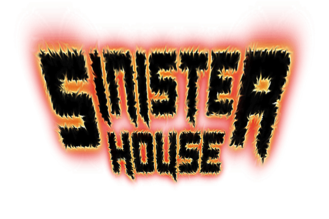 Unknown at This Time

Sinister House is a haunted attraction in Southern Illinois featuring state of the art props, detailed sets and terrifying characters throughout. Our goal is to deliver an extremely intense experience for our guests that is a brutal assault on the senses. Come check us out this Halloween season and see why we are a must-see haunted house. Located in De Soto, Illinois, we are just a short drive from Carbondale off of Reed Station Road.

LEGEND
Sinister House is a journey into the world of deranged serial killer Otis Hodge. During a time period spanning the 1930’s to 1950’s, Mr. Hodge turned his small farm into a haven for murderers, sadists, occultists and other deranged individuals.

Bribery during the Great Depression and prohibition era allowed Hodge to keep local authorities at bay while he offered sanctuary to his disturbed guests. Some of these individuals included traveling circus employees with their band of evil clowns and freaks, those who rode the rails preying on people looking for work, black magic practitioners and even a Nazi war criminal surgeon that conducted cruel experiments in order to develop super soldiers and beasts of war. Hodge himself would wear parts of the skulls and faces of his victims as a mask. So much dark energy surrounded this place that it was said that occultists could summon spells to make the scarecrows on the farm come to life, animated by evil spirits looking to take tangible form. These practices took place virtually unnoticed until federal agents followed a suspected killer, who had been riding the railcars from state to state, onto Hodge’s property. What followed was a bloody shootout that left dozens dead and ultimately ended Hodge’s reign of terror. Upon entering the home and surrounding property, authorities found a macabre spectacle of sadistic violence. The remains of countless individuals were found as well as scene after scene of torture and murder. The home simply became known as Sinister House.

Mr. Hodge’s property has been abandoned for over half a century. It is said that many who have stepped foot onto the property have gone missing, but no evidence has been found to back these claims…..until now. Recently a group of paranormal investigators have disappeared while exploring Hodge’s home. The only evidence found to suggest their fate is a blood stained piece of paper with the words, “They have returned” written on it. Have the evil spirits of Hodge and his cohorts been awakened? The only way to find out is to enter Sinister House and see for yourself! 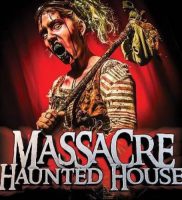 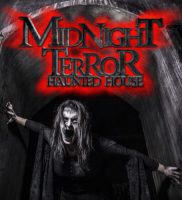 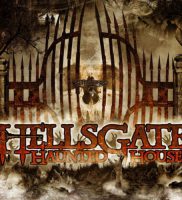