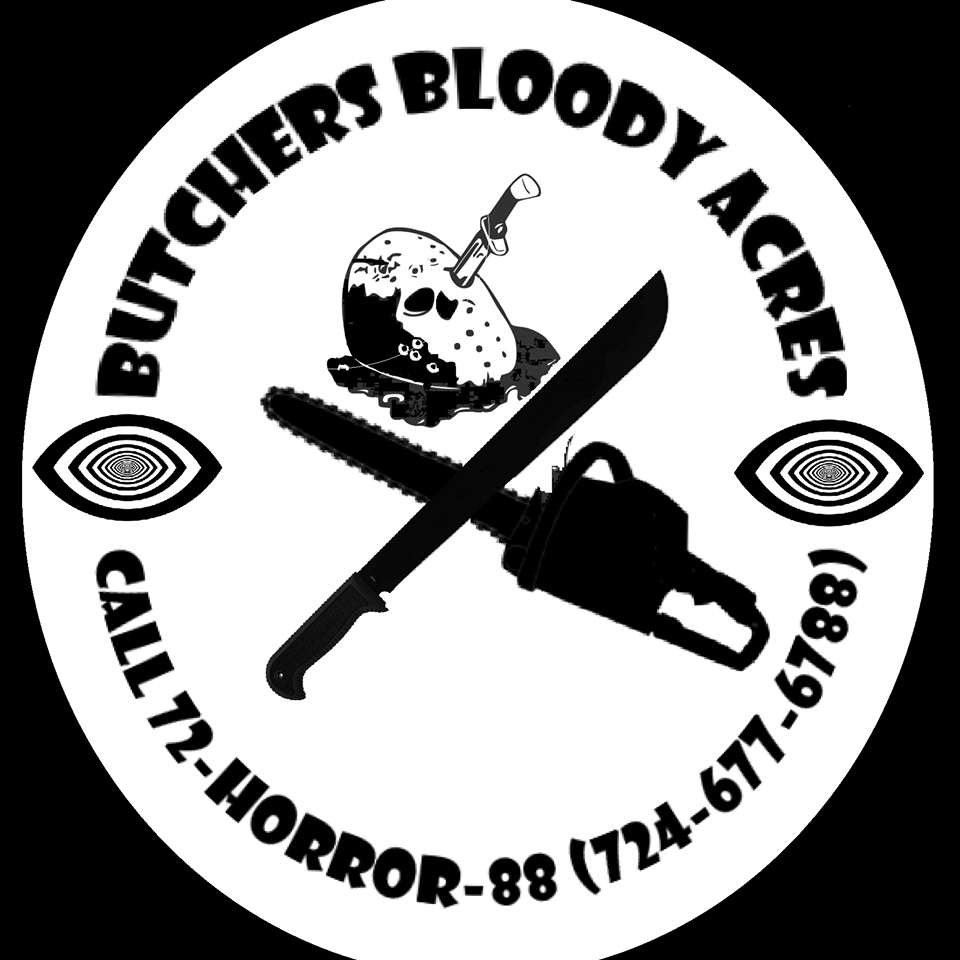 To be honest, when we first learned that Butcher’s Bloody Acres had been forced to relocate just a month before the season was about to start, we weren’t sure what to expect and had considered passing them up this year to give them time to get fully built and try again next year. But, we ventured north to Alliance, Ohio anyway and’we are glad we did. It wasn’t spectacular but, to see what they accomplished in the small amount of time that they had to put it together, shows their determination and passion for the season. We had a great time and are very much looking forward to what they bring to life next year. One of the greatest pieces of evidence to their character and sense of humor, is their waiver. You really should read that thing!

Without electricity yet, they had to reserve their generator power a bit. So, there was no fancy sound system playing before you entered the trail. They did however, have some cool decorations, a laser light show, a warm fire and the screams of previous patrons echoing through the trees. There was no mistaking that you were at a haunted trail and, honestly, I don’t really think that they needed any music. It was kind of nice to hang out by the fire and listen to people screaming in the woods. You got a good sense of what you were in store for’and then, had a place to relax after it was over.

It took us roughly 17 minutes to walk the trail and, with a ticket price of only $10, that gives them a Minutes Per Dollar Value of 1.70’just above the 1.50 average for most haunts’and we felt like we certainly got our money’s worth out of it. They have a lot of room to grow and, from talking with the owners afterward, that is exactly what they plan to do. We look forward to seeing what they have to offer next year! 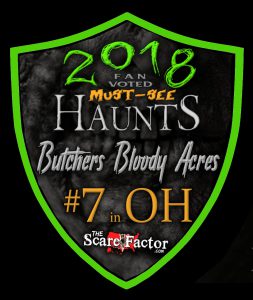 bryan Vancamp – 10/10 – September 1, 2017Over 6,000 customers in our first season as butchers bloody Acres we have had customers drive over …show more to hunt to and a half hours away and said there was the scariest they have ever been to we have added on over three rooms this year I’m sure everyone will love it scare you soon