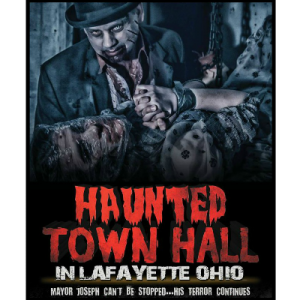 I found myself wandering through pitch black hallways that went uphill, downhill on an angle and I felt cold air being sprayed at me while I let out a scream. Yes, I screamed as it was totally not expected and it got me from out of nowhere. Well-hidden actors appeared just in the nick of time to scare the hell out of you. Hidden exits make it to where just when you think you can get out…. guess again. The exits will eventually appear, but only when they are done with you and want to let you go. With the awesome cast who are so good at what they do, they keep it on a personal level, making the whole thing that more creepy. The haunt utilizes all of the space in the haunt which leaves no dead zones so your senses are always on alert. You will get low, you will climb stairs, you squeeze through narrow areas and you will be scared around nearly every corner.