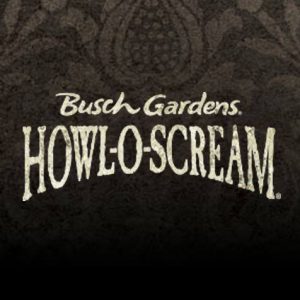 If there is one thing Busch Gardens knows how to do with their scaractors, it’s make them blend into the scenery. Using things such as ghillie suits, teddy bears and even shrubbery, they can make a scaractor disappear into the walls, floors, and ceilings of their haunts using costuming skills (no teddy bears this year though). Nothing really stood out as absolutely amazing, but nothing was lackluster either. Every outfit was complete and authentic to the haunt. When masks were used, the blended nicely with the rest of the outfit. The makeup was very realistic and appropriate’ except for one, which I think was done purposefully for comedic effect. Before entering frostbite, the guests get a video message from who we dubbed the Ice King and we all couldn’t help but laugh a bit. The makeup was overly exaggerated, with an obvious gap to allow mouth movement, which didn’t at all match up with the sound of the video. It was the horror equivalent of an old dubbed martial arts film… and we loved it.

Rich – 1/10 – October 19, 2018Waste of time walked from one side of the park to the other and back missing attractions just to …show more return again to visit The one missed. Don’t buy vip just get skip the line pass.