Tayman Graveyard is a Haunted Attraction located in Midlothian, TX.

Team Nightmare in North Texas reviewed this attraction on October 14, 2017.

Tayman Graveyard is located in Midlothian, Texas, approximately 30 miles from the DFW Metroplex. They offer 4 attractions this year for an entertaining haunt experience.

The Graveyard is the first attraction you will encounter upon entering the grounds. Here you will find old abandoned buildings, gravestones, caskets and some ghouls wandering around.

Tayman Funeral Home is the flagship attraction. Here you will encounter most of the actors as you walk through the narrow hallways and will find quality scenes such as the cremation room, a casket room and the hanging body room.

Fappy the Clown’s Theater of Wonders is a 3D house that is filled with colorful scenes and creepy clowns. Here you will find demented clowns jumping out at you and a man gone crazy babbling through the halls.

Tayman Mining Company is an abandoned gold mine maze, filled with dark tunnels and gives an underground feel. Here you will find zombies wandering around ready to feed and a chainsaw carrying monster.

The cast was great about staying in character and fulfilling their rolls in each section of the haunt. They were entertaining and you could tell they enjoy playing their characters. The cast is allowed to touch you at this haunt and they are very respectful if they do.

The cast member that stood out the most to us was a real contortionist located inside the funeral home. Her acting and the way she twisted her arms was a chilling treat.

Another cast member who stood out was the actor who was at the door of Fappy the Clown’s Theater. He was very good about entertaining us and making us laugh while we were waiting to get inside the attraction.

Also, the mad man wandering the halls of Fappy the Clown’s Theater was awesomely creepy with his babbling and laughing. He came out of nowhere most of the time and got some good scares in.

Finally, the zombie that was walking around the grounds was consistent about sneaking up on us trying to get a scare in. He was one of the actors that were out and about interacting with customers while they walked around and waited in line to get into the attractions.

The costumes and makeup matched up with the scenes in each attraction nicely. The costumes were simple and not over the top, which was good because this matched the overall theme and atmosphere of the haunt.

There are not a lot of masks used, but the one that we did notice was very professional looking. It was a monster located in the funeral home who had a gruesome, detailed mask that is sure to give someone nightmares.

The clowns in the clown house were a highlight for us. Their faces were very creepily done up and their costumes were nice and colorful complimenting the 3D aspect.

Tayman Graveyard is located on a dark road and is fairly easy to find as long as you drive slower once you exit the highway. There were not any signs put out on the streets prior to getting to the haunt to help direct us. They have their own parking lot located directly across from them and parking is free. When we exited the haunt about an hour after opening, we did see two policeman directing traffic on the street the haunt is located on and the street prior to getting to the haunt.

Tickets are available for purchase onsite at the haunt only; they currently do not offer online ticket purchases. Pricing and hours can vary by date, so be sure to check the website prior to the day you plan on going. They also have different types of events, such as black out nights and themed events. These are also listed on their website. They do offer a $5 discount per ticket if you bring 2 canned goods or 2 pet products per person as a donation for the local food bank or animal shelter. They accept cash and credit card at the ticket booth.

We arrived about 15 minutes prior to opening time to get in line, which we would highly recommend if you don’t like waiting. The line had already formed about 10-15 people deep and then closer to opening time the line was already halfway down the street. When we left the haunt (about an hour after opening), the line was twice the size it was when we arrived.

There are port-o-potties located at the front of the haunt prior to entering. They offer food and beverages for purchase once inside the grounds. We spotted a concession that had snacks, nachos, sandwiches, sweets and drinks for sale. The prices are reasonable, anywhere from $1 to $4.50 depending on what you get. There was also a roasted corn stand.

Once inside the grounds, we immediately went to the funeral home to get in line, which is their main and longest house. We tried to open the door to the funeral home and it was locked. There was a doorbell, so we rang that, and there was no answer. We decided to stay in line since there was a long line forming behind us. After a few minutes we tried the doorbell again and knocked, but there was still with no answer. About 20 minutes after we got in line, one of the actors finally opened the door to let us in. This was slightly disappointing since we came at opening time and really wanted to get started early since we had a long drive home.

Tayman Graveyard’s set up and overall morbid vibe is well done. Once you enter the grounds, you are immersed into the town of Tayman. You start off walking through the graveyard and a deserted old town before you come across the main attractions. The set up reminds us of an old western town that has been abandoned and is now haunted.

There were a couple of actors walking around in the town area outside of the main houses. It seemed like they may have been short staffed, as a few more actors wandering around would have been nice. The actors who were wondering around outside, a zombie and a scary looking miner, did an excellent job of keeping it creepy! We also would have liked to hear some scarier music being played over the speakers to add to the atmosphere.

Something to be aware of when visiting Tayman Graveyard is that some of the actors do use cursing in their dialogue.

The funeral home: The opening scene where you are introduced and given instructions to go through the attraction had an Ouija board where the planchette moved and answered questions. We felt that was a good opening effect to get us ready for the scares. In the cremation room, they have a cremation chamber that you have to crawl through to get to the next room. There is also a room with hanging body bags that you have to walk through and the bodies move unexpectedly.

Fappy the Clown’s Theater of Wonders: The narrow hallways and colorful scenes allow the actors to hide and blend in with the scene they are in. The use of colors and lighting bring out the 3D effect.

Tayman Mining Company: The overall effect of the mine is to give off an underground and maze feel. They used the wood structure and the twists and turns to create this. Lighting was also used in some sections to give a sudden change from pitch black to bright lighting to help create a disoriented feeling.

The theme of Tayman Graveyard is Cult of Darkness. The backstory according to the haunts website is that the town of Tayman is cursed due to unfortunate incidences such as the town’s mine collapsing and killing 23 people, a plague spreading through the town causing people to go mad, and then a fire destroying the town, leaving only a few survivors. The survivors told stories about the dead in the town reanimating. The rumors of the cursed town spread and caught the attention of a man named John Jackson. He set up camp in the abandoned town with his family and others described as misfits that he found along the way on his journey there. He claimed he knew the way to eternal life, and told them all they had to do was to die to get it. They were all found dead shortly after, but the details on how they died were never uncovered.

The sets, scenes and characters nicely matched the theme that Tayman Graveyard is portraying. They had zombies and dead miners in the mine and wandering the grounds. They had cult members inside the funeral home and misfits inside the clown house.

The Graveyard: The actors wandering around the grounds did a good job of sneaking up on customers unknowingly and being consistent. The atmosphere of the grounds was eerie overall, but would have been scarier to us if there was scary music or sounds playing over the speakers.

The Funeral Home: The jump scares were good and unexpected. The narrow hallways and having to crawl through the furnace in the crematory cater to the fear of claustrophobia.

Fappy the Clown’s Theater of Wonders: The 3D aspect and the use of Coulrophobia (fear of clowns) highlight the fright effect in this attraction. The actor who played the mad man who was wandering the halls and babbling throughout the attraction provided plenty of unexpected scares.

Tayman Mining Company: The frights in this attraction were pretty lackluster compared to the other attractions. The use of actors was sparse, and when we did encounter them, they didn’t really interact with us much. The actor with the chainsaw came out, but didn’t even really try to chase us or come close to us with it. However, the darkness and eerie quietness did add to the fright effect because you didn’t know what was coming.

Overall Tayman Graveyard’s ticket pricing is worth the experience you receive. There are 4 separate attractions and if time permits, you can enter each attraction as many times as you’d like the night you buy the ticket for. The staff just asks that you be mindful of closing time.

Ticket prices can vary anywhere from $15-$25 depending on the night you visit and if you bring goods to donate to the haunt’s charities. Be sure to check Tayman’s website for their calendar of events and ticket information for specific dates.

Tayman Graveyard donates some of the proceeds of full price tickets and the goods customers bring for donation to the North Texas Food Bank and The Hood County Animal Shelter.

Overall, we would recommend checking out Tayman Graveyard this Halloween season for a unique haunt experience. 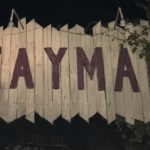 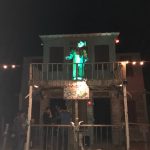 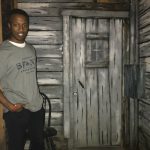 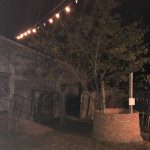 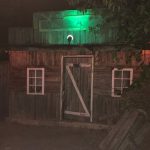 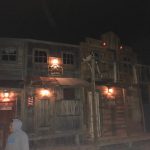 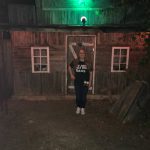 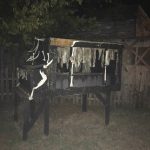 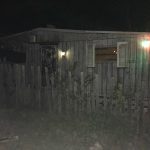