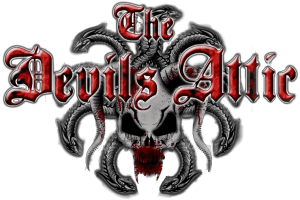 For the last 8 years (a.k.a.: ‘the dawn of recorded time’), The Devil has been scouring the Earth and harvesting the most wicked souls that he could find. ‘Here, in [his] attic, they are crammed,’ and he has them on display for you to behold in all of hellish fury.

Specializing in some of the lesser-seen horror movie characters, The Devils Attic (DA) has some of the most intense monsters you can find. Around nearly every corner, someone or someTHING was trying to kill us, suck our blood, feed us to others or take our souls! (We kindly told them we were still using these things at the time’ much to their disappointment) On top of that, they were contained within realistic scenes that provided a completely immersive experience.

‘Step inside [the Devil’s] house of horrors’ and ‘witness all the pain and sorrows’,’ that is, if you think you can make it out alive.

The vampires were debatably the best duo at the haunt. They were all up in our personal space and worked very well with one another to make us feel’ well’ like we were going to be losing our blood soon! Chop Top, Bloody Mary, Pinhead, the Angry Princess and others were also very interactive. The werewolf victim was very believable and the new Egyptian actors were top notch. However, Dr. Frankenstein delivered an exceptional performance and, at one point during his hysterical laughter, we even wondered, ‘Is this guy still acting, or is he REALLY off his rocker?’ Pighead was yet another believable character that was rather intimidating during our visit.

For a ‘no touch’ haunt, these characters knew just how close they could get to us to take us out of our comfort zones with ease. If you attend on one of their ‘Chaos’ nights, this boundary goes out the window and you’ll be getting their full contact, no-holds-barred show. We’ve yet to attend one of those nights ourselves, but we’ve heard great things and DA has plans to offer more of these extreme shows this year (more information in Value).

The queue line/ticket booth area is well-lit and one of the Devil’s servants and a scarecrow worked to keep the crowd entertained. A silver screen sits to the side of the queue line and a decorated selfie booth can be found next to the concessions stand. The ticket booth can be found up the short set of stairs below the ‘Tickets’ sign (as if it isn’t obvious) and all kinds of DA merchandise can be found there as well. Aside from the roaming actors, friendly and professional staff members can be found occasionally roaming about, near the front door and dotted throughout the inside of the haunt.

When it’s your turn to enter, you’ll have to scale yet another set of stairs to get to the front door. After hearing the rules, however, it’s silky smooth sailing from there (as far as flooring is concerned). The flat, concrete floor and lack of obscure thresholds keeps trip hazards minimized’ you know, to make sure you’re safe when you’re running from the monsters!

The DA’s shining star in this category is by far their scene designs. Nearly each and every one of them offers walls, props and decor that have been meticulously scrutinized and detailed with jeweler’s precision. Some of the scenes you can find include a dungeon, a laboratory, a bridge through a corn field (yep, you read that right), a ‘pick-a-door’ entrapment, a bloody bathroom and much, much more! Realistic cobwebs, lighting, furniture, props and, on occasion, surround-sound audio add the finishing touches that are necessary to take their scenes over the top. Some of the specific effects you may find include several large creatures, skull-covered walls, miniature heads, blood sprays, multiple ghastly apparitions, saws, body parts, animal bones, corn stalks’ the list goes on and on. Some of the most unique include the Egyptian ritual and a ‘special’ mirror in the Bloody Mary scene.

While each of the evil entities you’ll find here are some of the most malicious monsters out there, another thing to consider is that the DA is one of the only haunts in the area that still focuses entirely on movie and TV show characters. With the unique twist of being ‘the most wicked souls’ the Devil could find, it’s hard to dispute that everything has its place here and rightfully so.

But, these aren’t your typical Freddys, Michaels and Jasons (although, there ‘may’ be a particularly well-known chainsaw attacker here). Instead, think more along the lines of Saw, 13 Ghosts, Evil Dead, Sleepy Hollow, and The Mummy (just to name a few) and you’ll be right on track.

Last season, the Devil brought a new experience to the Earth’s surface: ‘CHAOS,’ which is a full-contact, no-holds-barred haunt experience. This year, they will be bringing this back for two nights only! To participate in this event, you must be 18 years of age or older and sign a waiver. It is warned that you will be grabbed, bitten, licked and violated, so if a more extreme experience is what you seek, then be sure to visit their website for more information on the event. CHAOS tickets have a $5.00 upcharge from the regular ticket prices.

If you enjoy reliving some of the most popular and unique horror films of all time in a very realistic environment, then The Devil’s Attic has a special place for you and, as the Devil told us upon entering, ‘See you soon.’ 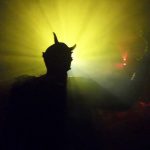 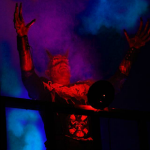 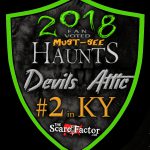 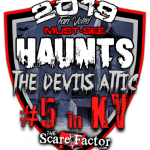