The Empty Grave is a Haunted Attraction located in Longmont, CO. 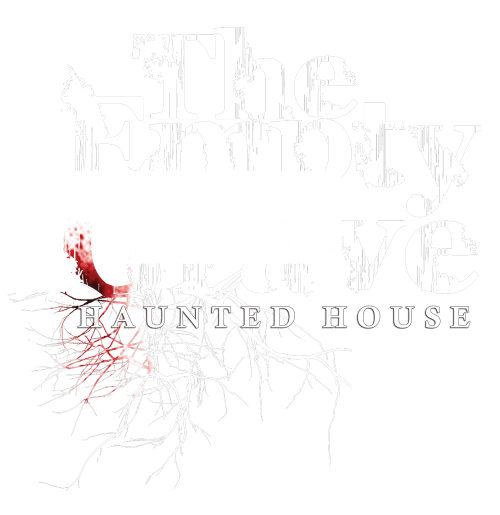 This attraction was reviewed on October 8, 2022 by Team Hauntarama.

The Empty Grave returns to downtown Longmont, providing a great show with a larger cast and a longer haunt!

The Empty Grave is again haunting downtown Longmont, returning to an industrial building next to Wibby Brewing. They provide a great experience for folks seeking to get scared while starting their first day as new employees at the sordid factory.

It was clear the brains behind the haunt used the past year ruminating on the space available, as this year’s build not only provided a lengthier experience but also, more fantastically, the haunt itself felt longer than our clocks said it was.

The cast at The Empty Grave did a great job breathing life into the haunt, providing a good mix of creepy characters with whom we had variously vicious encounters while on the factory floor. With some moments of true humor sprinkled in, the cast performed well, whether they were bursting from a hidden door creating an instant cacophony or glaring in an ominously stony manner with a blood-covered face.

The number of actors also grew over what we’ve seen in the past, which benefited the overall experience as well. One cast member, in particular, split up our team and stayed there long enough to deliver the experience of being uncomfortably followed, a unique fright the person at the front of the group usually doesn’t ever get. The cast at The Empty Grave did a terrific job overall and showed off what can happen with a well-planned labyrinth of a set.

Q2: Were the masks/makeup creative, detailed, realistic? (30% of Costuming Score): 8

Q3: How appropriate were the costumes for the respective scenes, themes? (20% of Costuming Score): 8.15

The costumes at The Empty Grave all appeared complete and authentic, with none of the actors appearing out of place or in substandard attire. There was one costume that we couldn’t quite figure out, but the actor inside manned it well and managed to give us a couple of scares while traipsing through the darkness with us.

There were no queue actors, though that would have heightened the experience for the line of hauntgoers awaiting entry. Nonetheless, the costumes we encountered inside of the haunt all delivered well.

The Empty Grave is a family-run business, and that sense of family matches the customer service at The Empty Grave. There were no safety concerns inside or outside of the haunt. Even the few spots where I would have anticipated a small step or change in elevation, there was none.

Likewise, we didn’t have any difficulty finding all the pertinent information we could want before arrival, and locating the haunt right off Longmont’s Main Street drag was a piece of cake. The customer service at The Empty Grave left nothing to be desired!

Q15: Were you completely, consistently immersed inside the attraction/s? (40% of Immersion Score): 8.5

The storyline at The Empty Grave is both clear and carried out well throughout the haunt. Guests are first greeted by their newest boss, given orientation and a locker, and then sent deeper into the factory to continue their first day on the job. That storyline is authenticated by some great audio effects and dialogue, some special effects and some props, and, notably, the real industrial setting in which the haunt is located.

While inside of the attraction, there was a clearly defined pathway for us to follow. Though, given how the strobe lights shone through slats in the pathway walls and netting from multiple directions, highlighting the fog that filled the space just enough to obscure a deeper view, that clearly defined pathway wasn’t always obvious. In fact, on one occasion, we were concerned that we’d wandered off the path, but had only just missed the doorway in front of us masked by “our employers” curtain of plastic flaps. In any case, the great set design and construction disoriented us enough that we were made to stay present in the moment to continue through to the next scare.

Besides the ambiance created by the new entryway and ticket booth, hearse photo op, and the Ghostbuster vehicle parked just outside the gates, there is a fun vibe coursing through the courtyard area where the haunt is located. With Wibby Brewings’s lighted outdoor seating area and a huge seating area projecting a larger-than-life football game on a huge screen the night we were there, the vibe around the place is great! The energy closer to the attraction grew more intense, though, as haunt goers filled with anticipation lined up at the ticket booth and waited in the queue lines. The jovial and nervous vibe prepared us well for the haunt itself.

The special effects at The Empty Grave are subtle but executed well. We might even say they were “shocking,” as one, in particular, provided a perfectly timed scare that had me pulling my hand back as if I’d actually felt a jolt. The variety of special effects haunt goers will find keeps the entertainment rolling and certainly brings a “chilling” experience.

As mentioned before but deserving of more focus, the lighting throughout much of the pathway was multilayered. Varying sources illuminated the creepy props adorning the walls and surfaces without being overdone while simultaneously shining into our eyes, disorienting us enough that we had to remain immersed in the attraction. Some of the other physical effects served to further heighten the experience, as well, again with great timing. Most of the props in The Empty Grave are unique and done well also. The quality and craftsmanship hits the sweet spot between realism and excessive gore. Even the sound effects throughout were done well but not over the top, growing loud when needed for the scene but never overwhelming or overdone.

The Empty Grave repeatedly left us jumping, recoiling, or nervously pressing forward between the cast and some well-timed effects, with just enough time between scares to realize you were walking into another one at any moment. The cast also did a good job varying their approaches, some loud and sudden, others looming in the darkness before disappearing and popping out somewhere unexpected.

The finale was more fun than it should have been. The simplicity of the scare, however, didn’t detract from its effectiveness. Even the fact that the creature then held the door open for us and bid us a good evening bookended an excellent evening of dark comedy delivered throughout.

At about two dollars a minute, The Empty Grave is on par with other haunts in the area, remaining at an accessible $20 for entry, which allows it to fit into a night on the town.

Sharing a courtyard with a great brewery, with many other terrific restaurants, breweries, distilleries and nightlife just blocks away on Main Street, The Empty Grave is definitely worth a stop. In addition to the haunt, guests get a free promo photo which appears online minutes after taken, and there was also a QR code in the queue line that opened up a fun filter for fans to snap selfies.

With that much added entertainment for $20, it’s money well spent. Even without that extra stuff, though, The Empty Grave is well worth it for its sights, sounds, special effects and cast. Haunt fans are sure to have a great first day on the job! 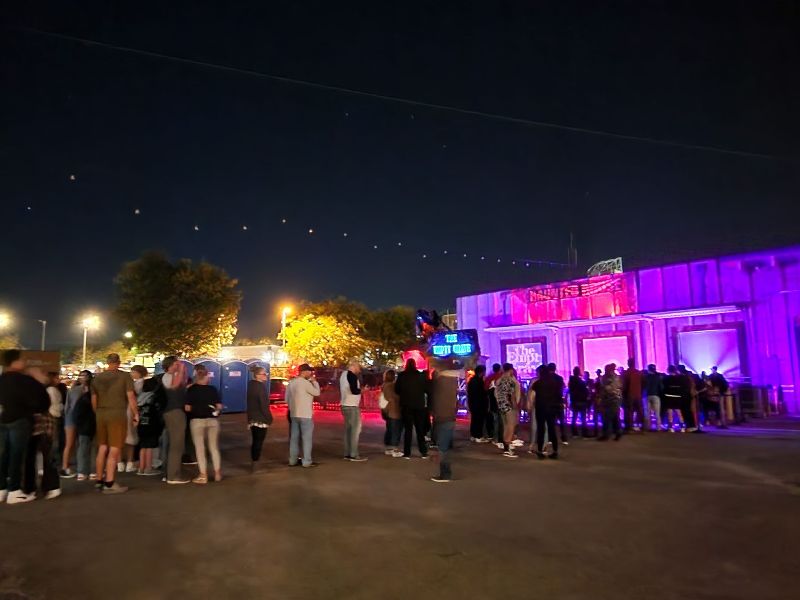 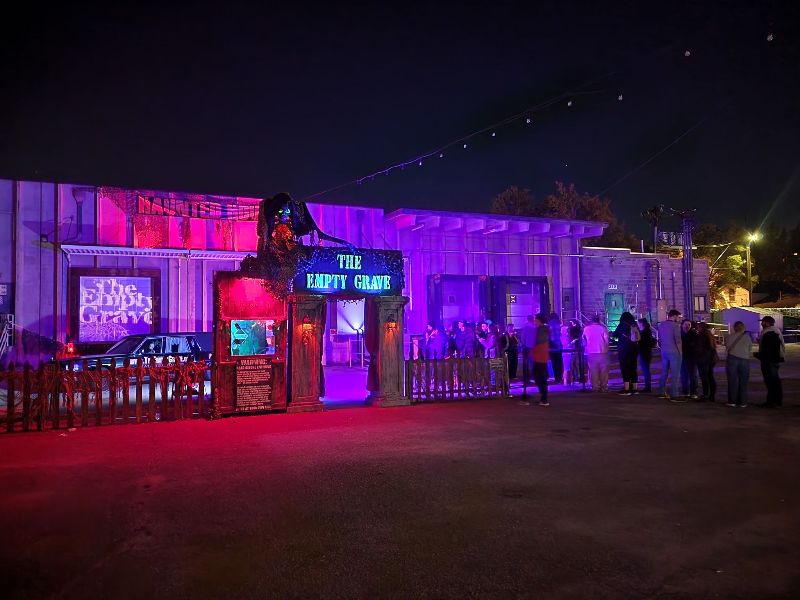 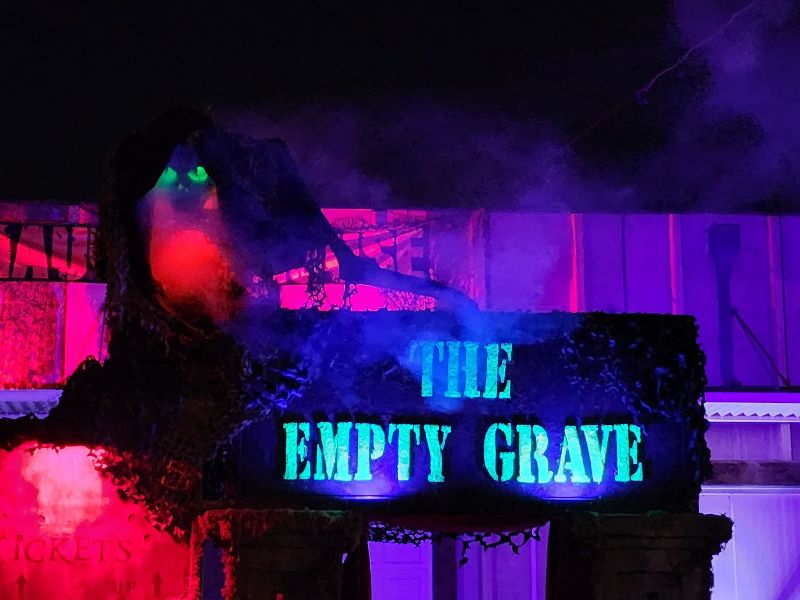 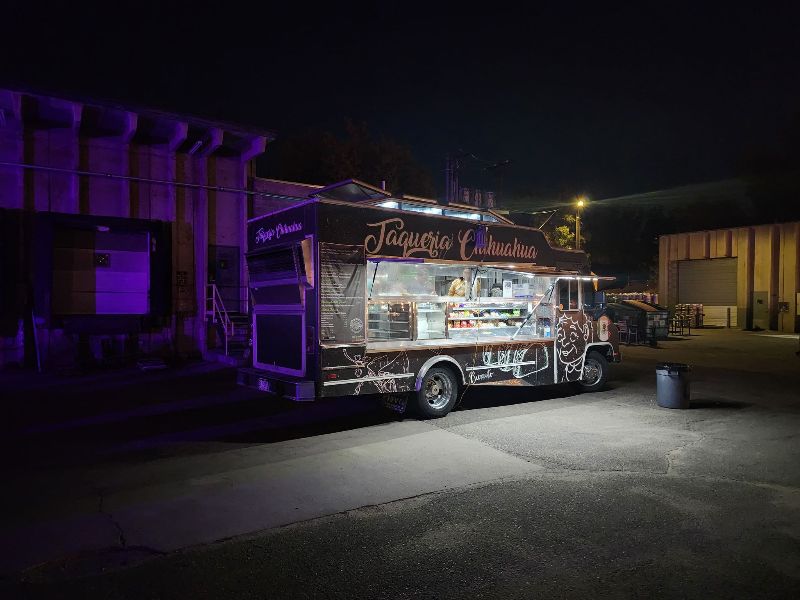 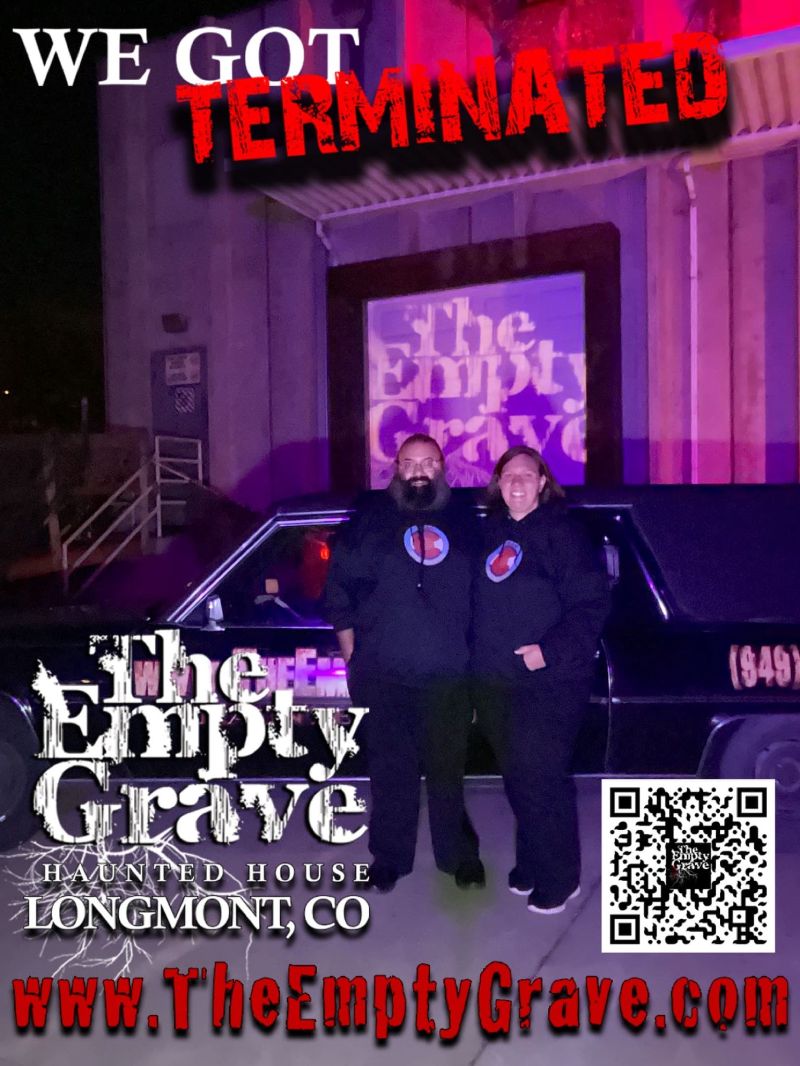 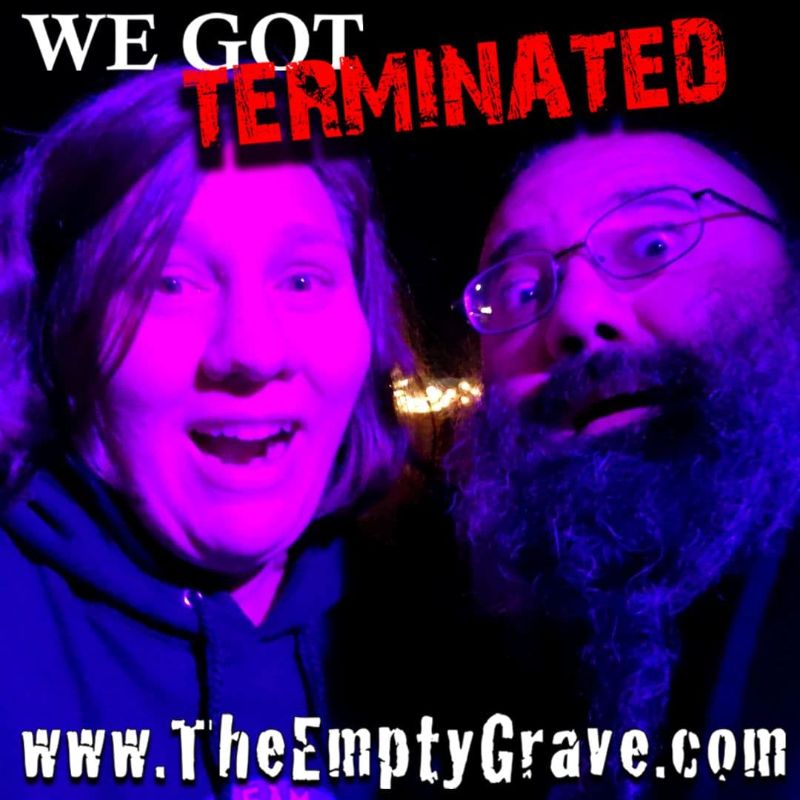 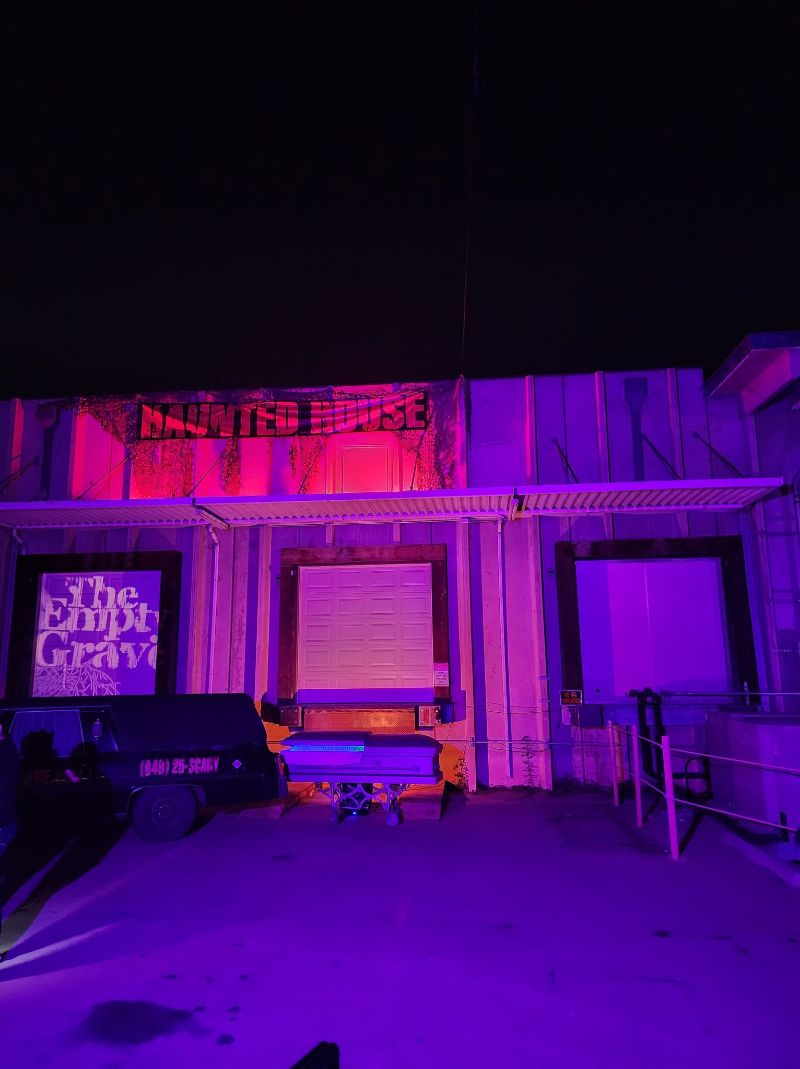 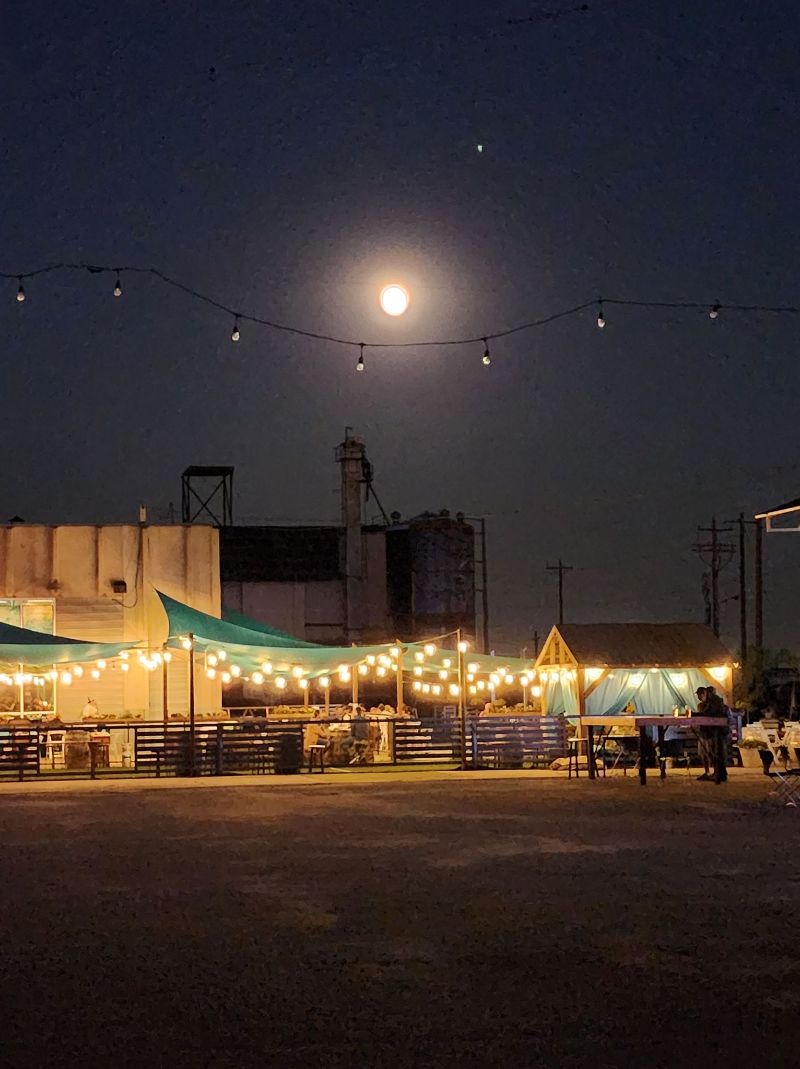 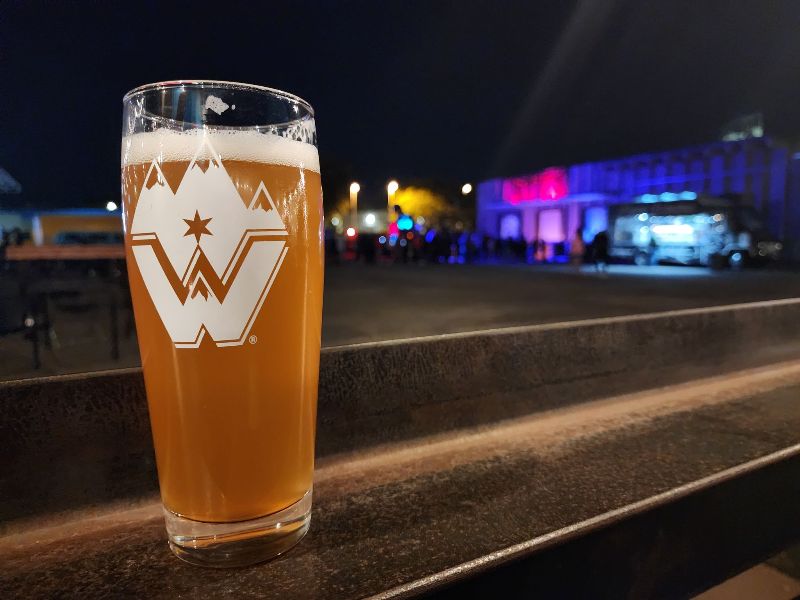 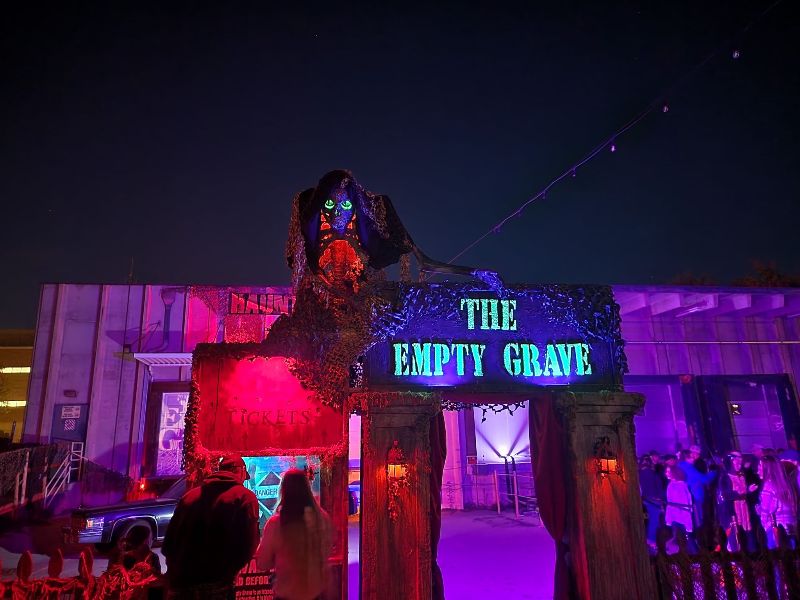 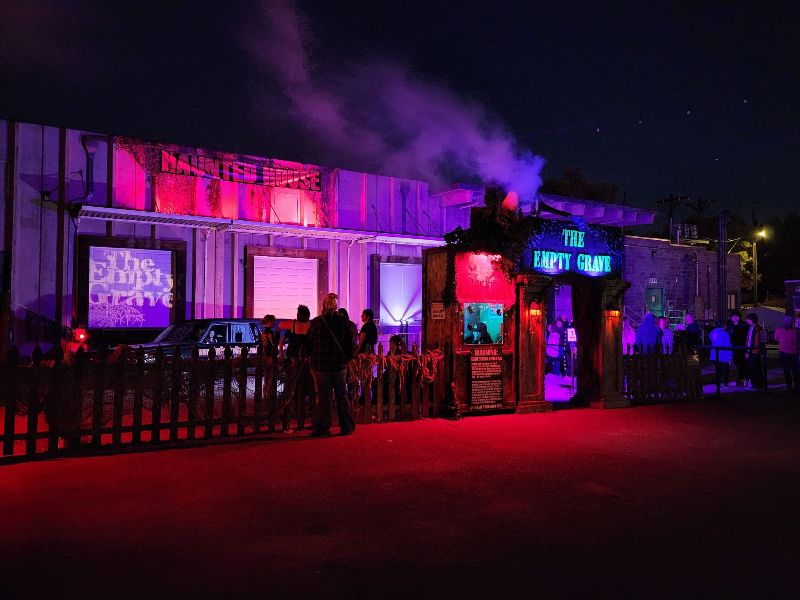 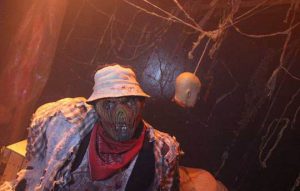 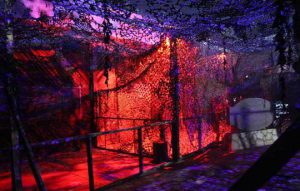 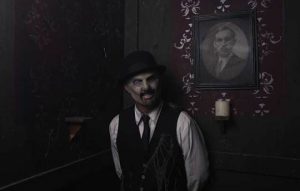 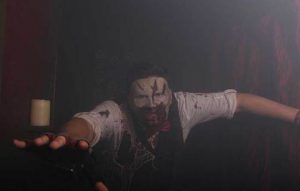 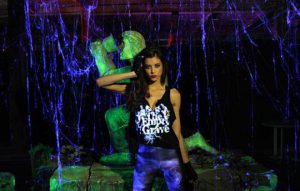 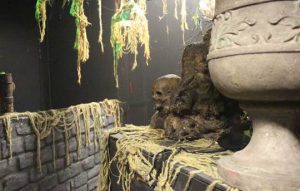 Ivona Elenton – 10/10 – October 28, 2022This is a creative, fun, and scream-worthy haunt, we had so much fun, and the environments are to …show more die for (haha). Great acting, great ambiance in the old Butterball factory, great story and props!