reviewed this attraction on October 6, 2017.

The Haunted Hydro resides in a decommissioned hydroelectric dam in a secluded farming area of Fremont, Ohio. They are celebrating their 27th season this year with the addition of 3 high-speed escape rooms in addition to their two enormous main attractions. The Hydro’s main attraction this year was called “Quarantine” and their 2nd attraction, The Woods, ran under the name “Infestation.” The themes were evident immediately upon entering the courtyard, where a very…gooey nurse walked us through their medical shack to make sure nobody in our party had been contaminated before entering the Hydro’s courtyard. A photographer was ready to take a family photo of us before we went to explore the Hydro’s many entertaining offerings. It was suggested to us by the staff that we explore the Woods first and then the Hydro for maximum enjoyment.

The Haunted Hydro has a huge cast of actors, many of whom are quite interactive. The “river rebel” who greeted us at the entrance of The Woods: Infestation offered the youngest of our group one last opportunity to chicken out, saying she could stay in one of the dog cages he had set up at the entrance. She declined the offer. Inside, ravenous hillbillies crept up on us from every angle, and one especially hungry infected jumped and rolled towards us before climbing a fence to try and get a taste of our delicious brains. When he didn’t succeed, he whined and looked at us so despairingly, we ALMOST wanted to give him another try.

The Hydro’s main attraction, Quarantine, carried on the theme of the first one we visited. Crazy Bob greeted us at the entrance, explaining that the Hydro has been transformed into a fort, protecting those who have (probably) not been infected by the mysterious outbreak. We however, weren’t warned of the terrifying hijinks the denizens of the Hydro were up to within the Quarantine. Twisted nuns, cannibal lunatics and even a masochistic gimp all wanted to greet our party- and they were VERY enthusiastic about the opportunity.

Costuming was very appropriate for the wide range of characters involved. Makeups were well done and details like grungy teeth, wild eyes and lived-in looking costumes really brought the look of the cast together in a believable way. The Hydro’s makeup team deserves a big congratulations for covering a huge cast of actors in such detailed makeups.

We did not see any billboard advertisements, or hear any radio ads for the Hydro on our way to the attraction, but our GPS took us straight to their front door. They are located in the middle of a vast farming area, so when we saw the giant skull façade lit up like a beacon, we knew immediately that we had come to the right place. Their parking lot crew handed us a coupon flyer for their local sponsors and directed us immediately into a spot. They even let me know that one of the backup lights on my car was out. The ticket staff was very friendly and helpful in assisting us with organizing our wristbands and telling us where to go. When we got to the courtyard, we were greeted by Mama Jen, a security staff member who gave us suggestions on which attractions to go through first, and even found some interesting places for our hesitant boy to pass time while the rest of us took our tour. Actors in the haunt knew exactly when to back off the younger members of our group and took care not to cause any REAL trauma. Francesca spoke very knowledgeably on the history of the Haunted Hydro in their little museum trailer and invited us to pick our favorite photos from the many photo shoots hosted there for an art contest they are having. Overall, we were so very impressed with the Hydro’s customer service. Their support staff is every bit as passionate about the work they do as the actors are and they made our visit such an enjoyable experience.

The haunt has a very lived-in feeling from their many years of operating in the same location. A live DJ has a booth set up in the courtyard and plays current rock music to amuse the patrons waiting in line. Each attraction had its own separate façade and the gift shop, food truck and face painting stations were all decorated with similar signage and delightfully Halloween-y imagery. The rustic feel of the courtyard was definitely carried on through each of the haunts and created a cohesive look throughout the entire attraction.

While the Woods attraction relied mainly on ambient noise for its sound effects, the Hydro attraction had eerie soundtracks playing in many different rooms throughout the haunt. Sound effects were not over-used and were playing at a good volume in areas that they were used. They saved the most spectacular special effects for their grand finale, which we won’t spoil here; just trust us when we say it was one of the hottest effects we’ve seen all season.

From the haunt’s website: “HAUNT-O-POCALYPSE 2 – We are continuing the storyline we rose from the DEAD last year… WHY… because it was absolutely amazing, patrons requested it and the cast and crew demanded it….!”

The Hydro stuck pretty well to its contamination theme through both main attractions. Contamination is a theme we’ve seen done many times- it is a straightforward classic. The haunt building itself looks as if it could be made into a fortress and was very fitting with their backstory for this season. There were a few scenes though that maybe didn’t fit in. They were well done, but we didn’t understand where clowns fit into the theme. What is a haunt without clowns, though?

The Hydro doesn’t really go for all-out terror. If you meet the owner, Crazy Bob Turner, who was working the entrance to the Hydro side of the haunt, you’d understand. He has a passion for the more fun-loving and spooky side of Halloween. With that being said though, they do manage to garner screams from their patrons. They do a pretty good job of not just focusing on one or two members of the group and have tactics for visitors of all ages. The Hydro crew also has distractions down to an art form. If there isn’t a prop being used as a distraction, then the actors play as distractions for each other.

Our trip through both attractions took us about 25 minutes but, that really depends on how long the actors want to “play” with you inside each attraction. With a general admission ticket price of $20, which includes both attractions, that puts their Minutes Per Dollar value at 1.25, which is just under the average of 1.5. However, with the additional entertainment provided in the central courtyard such as: roaming actors, photo ops and their gallery, we feel that you definitely get your money’s worth. They have done a great job of using the spaces available to them and we would highly recommend this for a family visit. 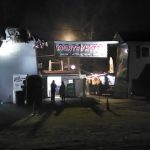 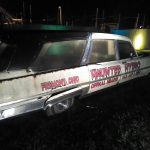 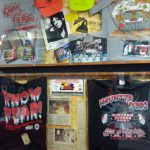 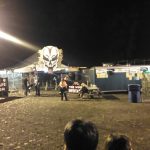 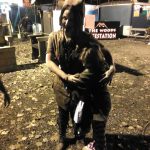 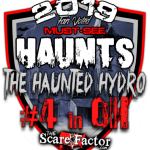