The Trail of Nightmares – Full Review

The Trail of Nightmares is a Haunted Attraction located in Ontario, OH. 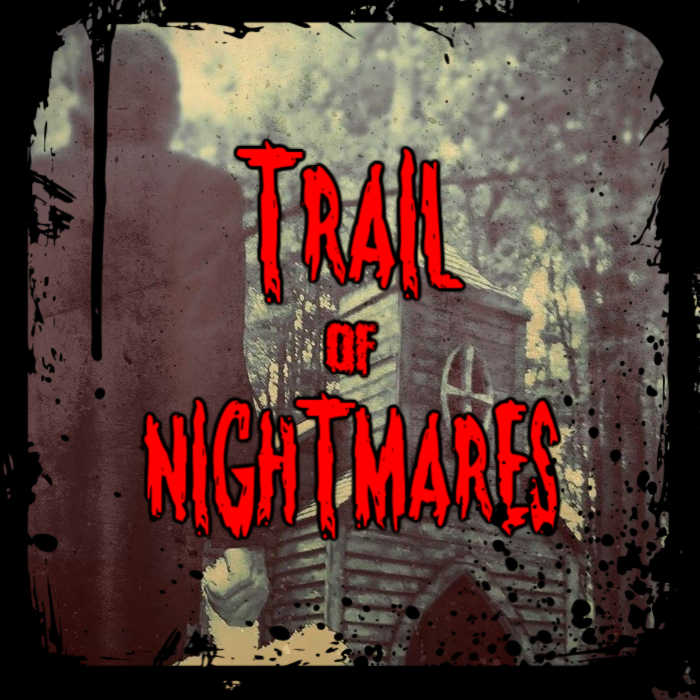 This attraction was reviewed on October 8, 2022 by Team Cleaverland.

True to its name, The Trail of Nightmares delivers a walk in the woods with imagery right out of your worst dreams. It’s a satisfying experience with great actors, well done sets, and a bunch of jump-out-of-your-boots scares.

True to its name, The Trail of Nightmares delivers a walk in the woods with imagery right out of your worst dreams. The trail winds in and out of structures like shacks and huts. It’s a satisfying experience with great actors, well-done sets, and a bunch of jump-out-of-your-boots scares.

The Trail of Nightmares (TTON) is blessed with a fabulous cast dedicated to showing guests a scary good time. Just like the last time we were here two years ago, the troupe came through with big energy and compellingly differentiated approaches to performing and frightening.

The giggly mad scientist challenged us to complete his dark maze. The ‘sinister minister’ called us forward and in an oily evangelist voice exhorted us to confess our sins. Both were great speaking parts.

The trio of crazies in the metal music maze pursued us with gusto and climbed the walls to take swipes at us. Mr. Pumpkinhead also had fun trailing after us. Other creatures we met included a witch who wanted to ‘shish-kebab’ us for her next meal, a cluster of clowns, invisible taunters in the dark maze, country cannibals, and a violent girl who was either possessed or very very angry at life.

Props also to the several actors who threw themselves eagerly into the somewhat thankless job of being believable victims. Several actors also did double duty with what appeared to be both planned and impromptu crowd control.

Q3: How appropriate were the costumes for the respective scenes, themes? (20% of Costuming Score): 8.6

TTON put on a very good display of makeups and masks complemented by full costumes. Masks fit well and makeup applications appeared comprehensive and skillfully applied. Most of the denizens brought a great grungy look to their characters.

It was an overall really nice showing across the entire cast, which we often don’t see – lots of times it’s the queue folks and a couple special cases inside that look great, while many of the others are kind of shoddy or thrown together. TTON did a fine job of giving everyone a good distinct look, individually and as a group.

TTON is in Ontario, Ohio, near Mansfield, the approximate halfway point between Cleveland and Columbus. We located the attraction with zero problems.

Signage out front announced the place…but don’t overshoot the driveway like we did. Attendants guided us into a free parking spot in a standard shopping lot.

The ticket booth, merch area, and attraction entrance were clearly indicated. Walking the trail did not present too many obstacles, other than the occasional gnarled root knots and such that are usually a nuisance on any such trail.

TTON does not have a website, but we got our hands on the required deets through their Facebook page.

Q15: Were you completely, consistently immersed inside the attraction/s? (40% of Immersion Score): 9.4

Upon entering, the queue had an abandoned storage facility look and feel that, along with the distant screams and chainsaw revvings, made it easy to imagine something sinister was happening.

On the trail itself, we think this subset of haunt has a severed leg up on any other format (hayride, house) from the natural ‘dark woods’ environment. That definitely poked some primal fears for us, helped along by the convincing performances, detailed sets, and solidly built, realistic looking structures.

After exiting, we walked back to the parking area past the concessions stand (large, delicious walking tacos served here) and merch room, accompanied by the saw-and-scream serenades of the creatures and hapless hikers on the trail.

On a trail, the most impactful effects are normally the frightful fundamentals of lighting and sounds. TTON handled both of these basics with verve. We cover lighting in the next section on Scare Factor.

As for aural effects, the most unnerving, effective, and prevalent ‘sound’ was silence or just the wind in the trees, in one memorable instance punctuated by hair-raising whisperings. Some sets featured accompanying music or audio: eerie soundscapes in the dark maze, pounding guitars in the metal maze, carnival music in the funhouse, thunder in the cemetery.

As mentioned in the Immersion section, the sets were superbly designed, constructed, and detailed. The best included a bright and colorful lab, the organic sticks and twigs look of the darkly menacing witch hut, a disturbing dollhouse, the lovely extended church & graveyard/crypt area, and a hilarious and gross bathroom humor set.

Some surprising effect aspects we enjoyed were a pneumatic floor, a laser swamp, and a stroll through bubbles. The effects worked with and provided a fun counterpoint to the actors.

This is one of the scarier places we visit, and interestingly without being very bloody or gory at all. Even with witnessing some of the same set-ups as the last time we were here, they still got us good. That’s the sign of a carefully considered scare strategy implemented with superior staging and execution.

The devious hauntrunners built up a slew of suspense using darkness – such as the damping of an upcoming overhead lamp that made us wonder what if anything was coming next (eerily enough, it was immediately preceded by the group leader declaring, ‘I don’t like these creepy overhead lamps’ — yipes!); a similar but even more unnerving, potentially pants-pooping lights-out moment in an indoor set; and a dark maze that disguised unsettling surprises by being actually dark. Maze running cheaters who navigate by looking up at the ceiling will find themselves helpless and foiled by the simple solution of solid construction!

But, TTON was no one trick pony. They also generated some panic in the glaring white light of the metal maze, which highlighted the whackos chasing us. Well done distractions and more involved, anxiety-provoking foreshadowing/suspense buildups set us up for hidden jump scarers, pursuers, and intimidators to disturb us. And the relative silence of the dark woods, sometimes punctuated by eerie sound effects like whispers, also spooked us.

Youngsters and fraidy cats can request a no-scare glow bracelet at no charge. That’s a good idea if you’re bringing along any knee-biters, as some of the scares can get pretty intense.

We got through TTON in 32 minutes, quite a bit longer than our previous visit. Maybe because back then on our first time through, we were running more than walking through it!

Against the $20 general admission, the MPD ratio (minutes of in-haunt entertainment per dollar) came out to 1.6. Anything over 1.5 is usually considered a very good number. In this case, twenty smackers for such a good half-hour-plus-long show is a great value these days.

There’s a ‘half person, half price’ discount for those four feet and under to get in for $10, and a volume discount of $15 for groups of 16 or more. The ticket booth takes cash only, but there are ATMs on site.

TTON is great fun! Get out to this haunted trail and they’ll help you get a headstart on your next nightmares. 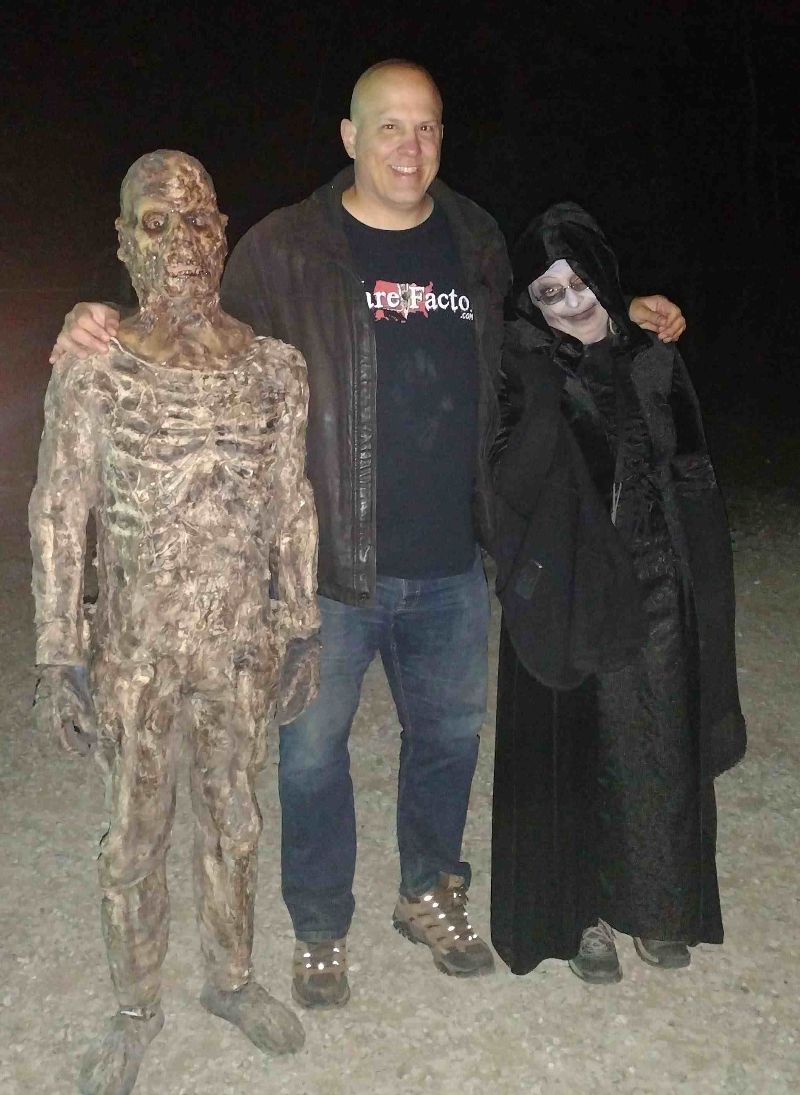 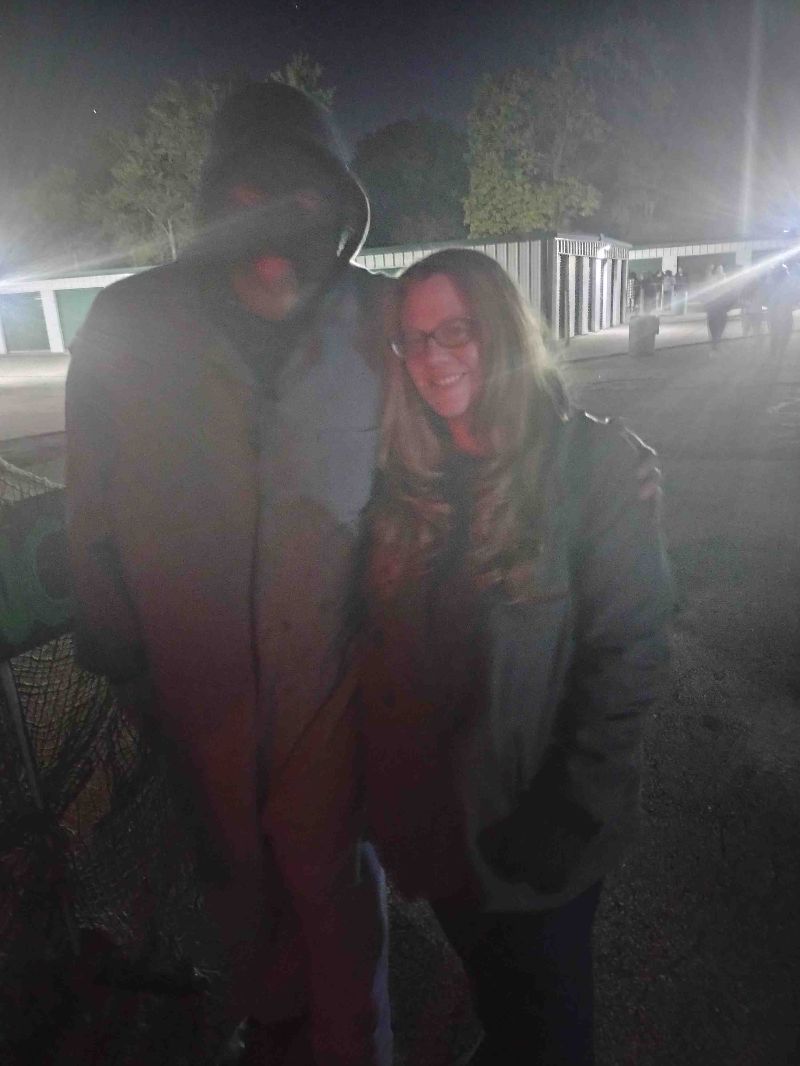 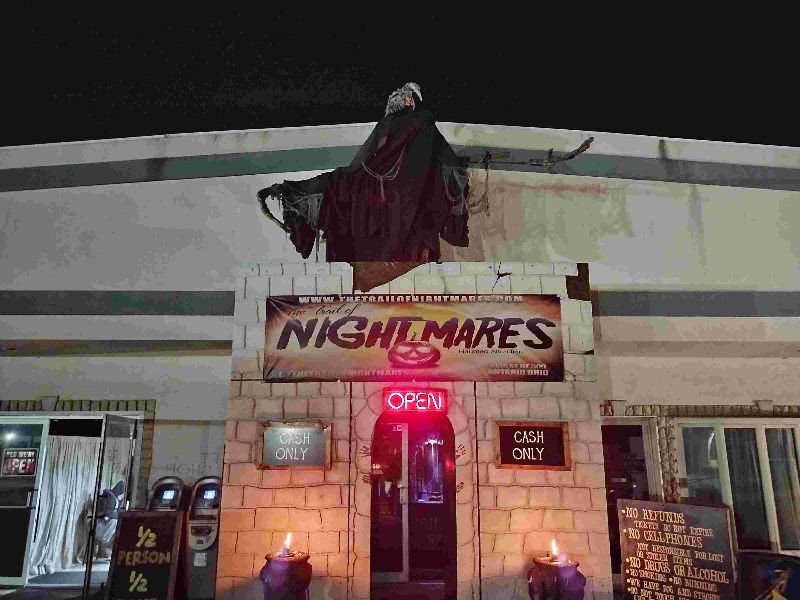 Jess Martin – 10/10 – September 24, 2022I would rate higher if I could. This trail is perfect for someone like me who is clausterphobic yet …show more loves haunted houses. There are some spots where it’s a bit enclosed but you get out of it soon. They have great scenes and a dedicated staff. The Trail of Nightmares is my favorite thing to do in the fall! I chose to do this as part of my bachelorette party and I loved every second.

Jennifer – 10/10 – October 24, 2020One of the best haunts around. They actors are amazing and they definitely have the best scares …show more around. I will definitely be taking my kids through next year.