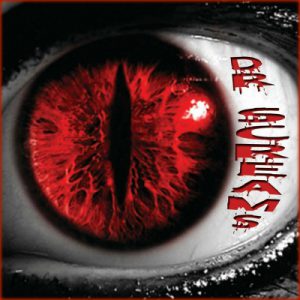 Dr. Screams may change locations but it is consistently run by a tight-knit family of horror aficionados with an eye for detail and style. This year’s event had a bittersweet tone as it was run in memory of a lost loved one that had helped with building the haunt since the beginning. Our team was lucky enough to wander into their spooky lobby and be quickly dropped into pure madness and terror as we moved through three themed and hand-built houses surrounded by the sounds of terrified patrons and creeping creatures. This is not an event to be missed! They change locations every year, but they are always located in Myrtle Beach and hopefully will continue to be able to operate out of the old MagiQuest building as it allows them space to build and terrify.

There are about forty monsters inside Dr. Screams haunt that employed a variety of scares to send patrons’ hearts pumping and their legs racing. With three separate guided haunts inside each labeled and clearly themed, the actors here are passionate and focused on providing a full spectrum of horror. In the first house we were met with screamers, growlers, and sassy disembodied voices coming from the dark. In the second house, the first and only Five Nights at Freddie’s haunt we had seen, the monstrous creatures seemed utterly inhuman in their interactions and movements and the guide was well-prepped for all of our responses. We were impressed to see yet another uniquely themed house for our third event as Purge lunatics chased us through a war zone to an explosive finale. As far as we could tell no monsters were out of place or against theme in any of the houses we raced through.

Of the costumes we saw each was a bit more impressive than the last. A lurking and well-placed werewolf shocked us in the first house, in the second house the otherworldly mascots were perfectly matched with the tiny living dolls that contorted themselves around us, and in the third house the Purge movies were perfectly represented in each mask and costume choice. We didn’t spot any jeans or t-shirts, but there were a few masks that were untucked and there was very little makeup that we saw used.

Customer service at Dr. Screams is amazingly fast and efficient and very friendly. The ghostly lady that greeted us as we came in was quick to offer directions to the bathroom and advice on the haunt itself. The cashier was very polite to the group that was scared out of the lobby although they definitely do not offer refunds for patrons too terrified to finish the haunt. We were lucky enough to talk to Dr. Scream himself as well as several members of his family and see firsthand how very passionate and devoted they are to the legacy they’re building. There are a few places that seem a little dangerous, mostly in the first haunt as they built several flights of stairs in a very dark area and a few seemed a little less than secure. We doubt this will be a problem next year as this year they were delayed by tragedy and a hurricane and only had three weeks to build what was one of our favorite haunts of the season.

Due to their usage of the old MagiQuest building there were some issues with the exterior atmosphere reflecting and preparing visitors for the tightly built and terrifying interior. Added signs are clear and easy to find and display windows are filled with ghoulish sights, but the exterior of the haunt is still painted and designed to be a place for children and magic. There was no exterior music or sound effects, but it was easy to find and simple to enter. Once we entered the door though the lobby was decked out in spooky details and there was no question we had arrived in the right place.

Dr. Screams is a more actor-driven experience than it is reliant on animatronics and special effects. That’s not to say that our group was not surprised or sent screaming by some of the sights we witnessed. The scenes in the second two houses are detailed and stunning, leaving us wishing we could go through again and again just to try to take in more of the intricate little Easter eggs Dr. Screams and his team have placed into their haunt. We were particularly impressed with the uniqueness of the sets and the effects in the Five Nights at Freddie’s haunt. The Dungeon and Castle house suffered from some light issues, too much darkness and too many strobe lights in different pacing, which made it hard to know much of what was going on or what we were seeing. The sounds in this house did make up for that as actors revved chainsaws and jumped from hidden crevices.

Considering that the Five Nights at Freddie’s characters are in the top ten costumes bought this season we applaud Dr. Screams for being the first house to utilize the terror that game created and then build and improve upon it. This was not just our first time experiencing that in a haunted house, but for several of our team members it was the first time experiencing anything Freddie’s related. It was delightful to see their reactions! The Purge themed house was dead on to the movie universe and created a shocking and unsettling finale that sent us fleeing into the night. Of the things we could see in the Dungeon and Castle section it was a multi-leveled and old school style haunt that offered more classic movie and demonic horrors.

Dr. Screams is a multiple scare haunt that manages to switch seamlessly from a silent and creeping terror to a big and explosive panic. This is a truly unique experience that is unlike anything else you’ll find in the Myrtle Beach area and cannot be missed by anyone that loves a good scare. Some monsters would do better to work a bit on their dialogue but all in all this is a balanced and tightly run haunt that pushes visitors to the edge and then waits for them to run off on their own.

It took us 20 minutes to get through all three houses at the pace that our guides set. At $20 a ticket at the Broadway at the Beach location that sets the value at $1 a minute which is pretty good for the area. There’s free parking and a ton of restaurants going on around Dr. Screams in case you are hungry or thirsty. This is definitely worth the ticket price!