Escape the Manor at Unlock the Adventure Escape Experience is a Escape Room located in , . 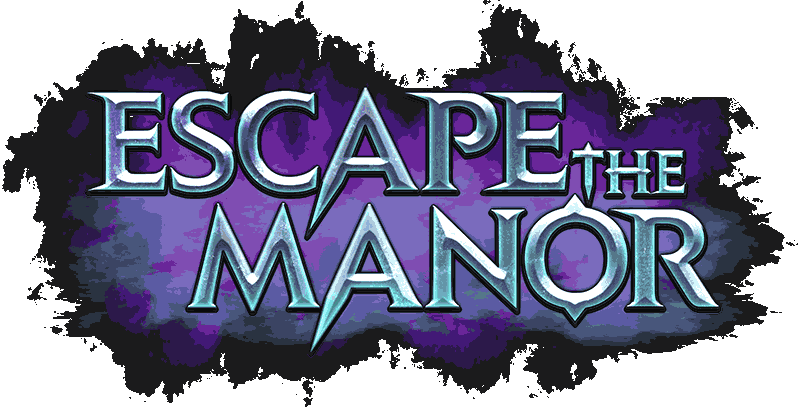 This attraction was reviewed on July 14, 2019 by Team Houdini.

Unlock the Adventure offers ‘Escape the Manor,’ a haunted house-themed experience and ‘The Magician’s Secret,’ a magic-themed escape experience. Unlike other escape rooms, Unlock the Adventure is an ‘escape experience’ as your goal is to locate an item or items, not to just simply escape. This offers a unique twist on this ever-growing activity. For this review, we are exploring the room, ‘Escape the Manor.’ Also, be sure to check out our review for The Magician’s Secret here on our website!

Unlock the Adventure provides a mix of first and second-generation locks and puzzles. The owners work diligently to provide unique puzzles, theatrical effects, and surprises to fit each theme. Even though they are newer to the game and a small business, they could easily go toe-to-toe with the some of the big budget escape rooms.

Unlock the Adventure was easy to find using Google maps and GPS. It is located in a quaint little store front area in Titusville. There is signage above the store front as well as their logo and name in the window of the lobby. Parking was located on the sides of the street.

The lobby was neat and professional with plenty of seating. The counter is set up with the usual waivers to sign. Also, water bottles were offered if needed. There were no puzzles or pre-games to help stimulate our brains before we entered.

We were greeted by one of the owners and his associates who were all very friendly and passionate about escape rooms. Once it was our turn, we were ushered through a curtain to a long hallway which led to the escape rooms and the restrooms (which were also neat and clean.)

A staff member explained the rules and additional details that were beneficial to attempting ‘Escape the Manor’. The rules for this game are a little more detailed than their other room ‘The Magician’s Secret’ so be sure to listen very carefully.

Once we entered the Manor we knew we were in for a treat. We were provided a story and instructions for the manor by a deep maniacal voice. Escape the Manor is set in an old, creepy haunted house. As we were all haunted house enthusiasts before the invention of escape rooms, we were highly anticipating this room.

A first for Team Houdini, Unlock the Adventure offers a different take on the clue system. They offer unlimited clues, therefore placing the difficulty factor in the hands of the players. Clues are provided through a walkie-talkie that also provides a flashlight, which is very beneficial especially as this is a very dark room. The game master provided clues to assist with puzzles as requested but kept them vague enough to still provide a challenge.

As we entered the room, the darkness consumed us and our eyes slowly adjusted because, on this stormy night, we only had flickering candles and a flashlight to illuminate our surroundings. Old pictures hung along the dirty walls. A musty stench filled the air which added a nice effect and this was the first time we’ve experienced scents being used in an escape room. The room had a classic spooky vibe. To top it all off, thunder and rain echoed throughout the cold room. An eerie score danced around the walls. As we progressed and completed the puzzles, the music changed – fulfilling all of the haunted house music tropes. This provided additional life to the room and added a horror film ambiance. Other additional sound effects added to the realism of the room’making it just plain creepy.

As mentioned above, flickering candles provided most of the light in the room. As with the music, the lights adjusted and changed as you progressed through the game providing subtle hints to your next move, yet still remaining mysterious.

The Manor was a top notch set that felt realistic and familiar as if we were placed into a traditional horror scene. The attention to detail made this an incredible journey!

The Manor provides a great variety of puzzles all tying into the haunted house theme. They still have a good amount of varying locks, but the freshness of the puzzles and story was fantastic. The way the music, sound effects, and lighting tied into the puzzles was superb. This was a very well-orchestrated and cohesive experience with some exciting surprises along the way.

There were no count down timers in the room. The time remaining was provided through the audio system by the same scary voice as the original narrator. Every ten minutes an update was provided of time left, until the final minutes. This felt natural as if the spirit haunting the manor was providing a countdown to our inevitable doom.

With a few hints from the game master, we were able to escape with minutes left on the clock! The final puzzle provided a satisfying conclusion to the ongoing story and made the work very worthwhile. Deep immersion, theatrical set design, and impeccable audio design provided quite an impressive experience.

The cost was $25.00 per person for up to 8 people, which is below average for most escape rooms in the area.

As unlimited clues are provided it is difficult to provide an escape rate. However, the Manor is considered the more difficult room. We found it to be an exhilarating room suited for both beginner and advanced escapees. This is totally a must-see for haunt fans!

The Manor proves that Unlock the Adventure is a serious contender in the escape room business. With it being so stimulating and exciting this room has become a team favorite. We are very excited to see what their third room consists of.

Read our review of the Magician’s Secret here.