“Home of the Former TB Sanatorium”

Haunted Cresson Sanatorium is a Paranormal in Cresson, PA. 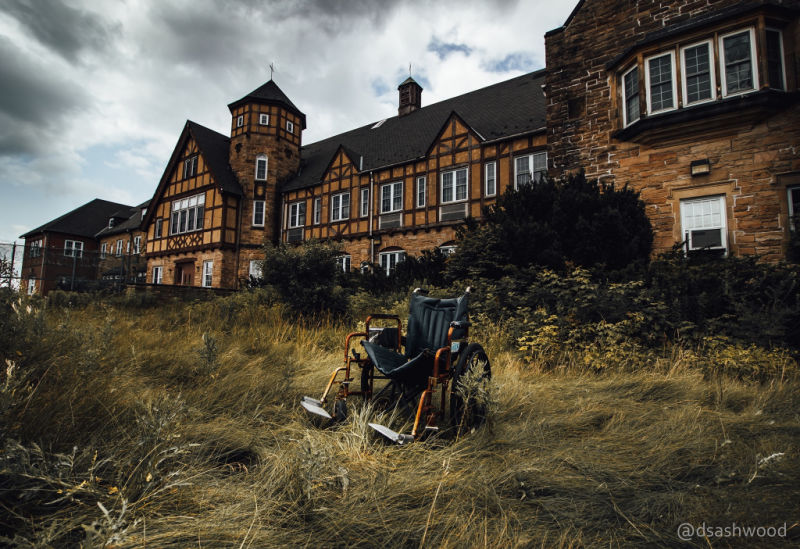 The first patients were admitted in December 1912, with construction ongoing until 1916. The official opening date was in December of 1913.
By the early 1920’s, a significant number of patients had recovered from tuberculosis, and took key positions at the sanatorium, with some of them undergoing a nursing school program on the grounds that lasted from 1919 to 1952.

Children were admitted to the sanatorium for treatment as early as 1915, and an entire department devoted to children’s care existed until 1950, when it was converted into a general hospital area for adults.
In June of 1956, the site became the Lawrence Flick State Hospital (also known as Allegheny State Hospital), which was a psychiatric center that focused on those suffering from mental retardation and illness.
The site was renamed to Allegheny State School and Hospital in 1964, and Cresson Center in 1970. Cresson Center ceased operation in December 1982.

In 1984, the site was renovated to become a medium security prison facility for men known as SCI-Cresson. This facility opened in 1987.
Serial Killer Joseph Kallinger was housed on suicide watch for 11 years until passing on March 26, 1996. Murderer John Du Pont was housed until dying in 2010.

SCI-Cresson closed on June 30, 2013. The property was then placed for sale, where it eventually landed in the possession of the current owners, who use the grounds for a variety of agricultural projects.