Face the Fear is a Haunted Attraction located in Longwood, FL.

The year is 1993. A mild breeze of fall wafted through the evening sky blowing through the historic district of Longwood, Florida. Most residents and visitors in Seminole County never expected the bizarre series of events which were about to take place.

It started innocently enough. A 911 call to local police reported an unexplained series of lights that had “seemed to circle the downtown area” of this old Florida town. This single emergency call was followed by a series of rapid calls and reports that began to describe glowing discs, unexplainable lights streaking across the clear night sky, and then a wave of calls describing what sounded like an explosion behind the Historic Longwood Village Inn.

Local law enforcement responded but before they could arrive, a special team of rapid responders representing the Federal Investigation Bureau (FIB) were already on site and started an active investigation.

Why were federal agents seizing the investigation of a crash behind the historic hotel?

How did federal agents manage to arrive so quickly before local law enforcement could be on the scene?

What did the federal investigation discover?

In the aftermath of the event each of the residents who placed emergency calls were visited by men dressed in black from FIB, who listened to their reports and promised to keep them informed as to what the investigation discovered. Although each resident remembers the arrival of these agents, their recollection of the actual interviews is sketchy at best, most seem to have gaps of memory about the interview process.

Rumors were rampant that an alien spacecraft had crashed in Longwood, these rumors gave credibility to the numerous reports of unidentified flying objects seen over the city that fateful night. Many stories emerged from that mysterious night. One witness claims to have seen federal agents rescue some type of alien life form from the crashed space vehicle and move it into the interior of the Historic Longwood Village Inn. This report was never substantiated.

If there was a crash, the remains of the wrecked and damaged spacecraft were removed prior to federal investigators allowing the local law enforcement to move on site. The conclusion and official reports simply stated that an errant weather balloon had crashed after tracking was lost from Patrick Air Force Base on the coast of Florida. The lights in the sky, the unidentified object, and the arrival of the investigators all converged over historic Longwood. The case was officially closed.

This past year, it was discovered that there was a report entitled AOL – Aliens Over Longwood, that had been created by the FIB. A single copy of this report was obtained by a former investigator. Although the FIB vehemently denies this claim, the investigator and the AOL report is rumored to have disappeared, and according to some local residents, the investigator has returned to Longwood to finally conclude the incomplete investigation from 1993.

The site of the reported crash is now marked with an historical marker celebrating the 25th anniversary of the event. And through a special arrangement with the Historic Institute of Suspicious Incidents (HISI) – the interior of the historic hotel will be opened for five nights to allow guests to see where it is believed that investigators reportedly took the aliens.

Mrs. FuzzyG – 10/10Oh poor George….how can he get ANY rest with strangers screaming their lungs out. Clowns? Check. …show more Creepy dolls. Checkout check. Jump scares? A plenty! Check them out and you’ll scream too! 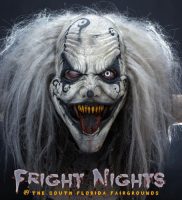 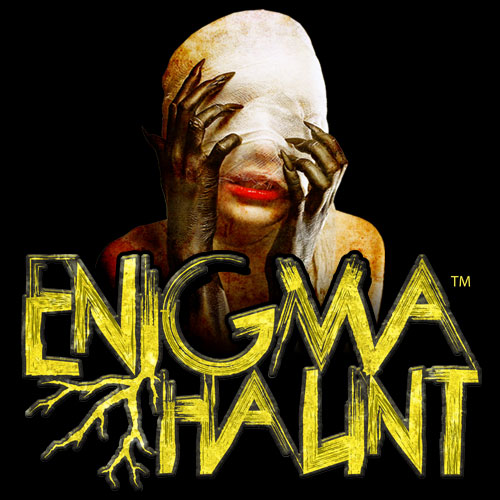