Valley of Fear and The Original Haunted Hayride

Valley of Fear and The Original Haunted Hayride is a Haunted Attraction located in Feasterville, PA. 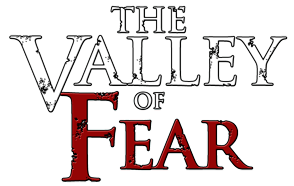 Valley of Fear and The Original Haunted Hayride

Guest ReviewsGuest Average: 2 out of 10

Chindeline – 2/10 – October 22, 2022Valley of fear is a mediocre at best haunt. With only 3 attractions for $47 and $5 for parking (like …show more there was any other option?) it’s also a high price for such a weak attraction. They also do not offer timed date options, it’s just buy it and show up! Which creates heavy lines where there didn’t need to be.

First up, the hayride. I find if your hayride seating arrangement isn’t good, you’re setting half your wagon up for disappointment and I’m short, so when we saw we’d be in the middle, I nearly said we’d take the next one! The hay was WET and as there was no raised inner seat (sorry, people not at the right point in line who aren’t in the edge) I couldn’t see much of any of the haunts. I also felt like they needed more actors. The people were mostly victims shouting for help? That’s…not scary. It wasnt clear if this was a Covid decision or just a bad choice. I also hated the announcer, she said she was a pirate but wasn’t in any costume and mostly shouted “oh do we want to save this victim?” …so what you’re saying is you couldn’t even come up with a basic story?

Second was Miles Manor which was the best of the three attractions but still not good. To be clear, the entire house is outside and open to air – which is not my preference as I think actual “houses” provide a more claustrophobic experience and also then you don’t have to worry about the weather and slipping in mud. My biggest tissue with this section was pacing. A good haunted house (with set times) knows how many folks they need to cycle within a time period, and so sets out small groups through so everyone gets some time solo. These folks were clearly backed up and just fed people through in a single line, which means the majority of potential scares are being triggered too frequently, and can be seen by the five or so people directly in line behind them, so there’s zero suspense. There was not a single time I got a jump scare and I’m a 5 ft girl. Haunted house actors LOVE ME. The actual content started off ok with splitting myself and my partner but…because the sides were timed differently there was a HUGE backup literally 2 mins into the path where everyone was waiting for people and wouldn’t move on. Very annoying. The rest of the house was eh. Could have again used more actors, the blow up push area was not inflated correctly so it was mostly just staticky and loose, and again there was people around us at all times so my partner and I were never alone. I can’t recall a single specific area of theme either. It was all very generic, not even like a home theme despite being called Miles Manor.

Attraction 3, Willies shipwreck Cove, felt the most unfinished. It had a handful of pirates poking around but was almost entirely just an outdoor walkthrough with zero interaction. The pirate ship that was part of it was a really cool set piece. However it was completely unutilized and there was not a single actor in it! The second half of the walk was also clearly through some sort of voodoo village, which is racist and was also completely empty. Seriously. It had some dollar store Halloween heads and a spit roast and was otherwise scanty and empty of actors. What a missed opportunity to do something with pirates! I was also extra bummed by this because I choose Valley of Fear in part for this attraction, since pirates are pretty rare as a theme.

Overall I would NOT recommend Valley of Fear at all. Completely disappointing, very bad “Halloween village” drinks and bathroom area with no gift shop, porta potties only, no roaming actors in line, charging for parking, understaffed, and unimpressive. With so many competing haunts in the area, don’t bother.