Kreepy Hollow is a local staple, a long-running old school haunt that offers a haunted bus ride, graveyard, house, and hayride. It provokes a variety of fears in its patrons with this large offering of scare types. Monsters both classic and modern prowl the dark grounds, and the setting lends itself to unease as you feel isolated and removed from any form of civilization or safety. With a two-story house boasting the coolest water effect in the area and a new bus theme this year, Kreepy Hollow invites patrons to come scream with them into the depths of the woods.

A particularly big shout-out goes from our group to several of the scenes on the hayride, as their monsters held character until we lost sight of them; particularly the werewolves who put on an energetic and frightening show while our trailer was stopped. Kreepy Hollow doesn’t feature a lot of interactive dialogue from its cast outside of the haunt standard “get outs” and “help mes,” but there were a number of stand outs this year that put a lot of energy and excitement into their scares. We were amazed by one of the more acrobatic rope climbing clowns, the high energy of the werewolves, and the manic intimidation written into the body language of the Purge characters. There was also a very dedicated Michael Myers that helped us take a great group photo. We would also like to note that we were the first group of the night on a Sunday.

Kreepy Hollow had a number of costumes this year that were well executed and effective. Most of the costumes fit their scenes but some were very simple. The earlier mentioned Purge attackers and Werewolves were very believable and well put together. Some untucked masks or simplistic makeup was mostly overshadowed by the stronger offerings in the rest of the experience.

Staff are easy to spot and friendly every year. The haunt is clearly marked and parking areas, queues, and concessions/ticket areas are well-lit. We did witness minor safety concerns in the form of haunters scaring patrons on the stairs into the second story of the house and a blunted but live knife that was being handled carefully by its monster owner. Line entertainment at the house and to the hayride is plentiful and monsters stayed on their game while we were there to make sure the first group of the night was kept entertained. Music plays everywhere outside to add to the entertainment and concession and souvenir choices are plentiful.

Kreepy Hollow stands isolated in the deep country of Lee County. Upon arriving you are greeted by plentiful queue markers, rolls of hay, and a giant watchtower. At the top of the hill, Top 40 music was playing and although it wasn’t very Halloween-y, it keeps patrons tapping their feet. At the house classic rock entertains. The house itself looms in the darkness and makes quite the impressive sight upon arrival.

Every year the special effects on the bus ride never fail to delight and frighten the packed seats. Kreepy Hollow’s two-story indoor water feature received some upgrades this year that take it from impressive to breathtaking. Several scenes had a plethora of details that fleshed them out and distracted patrons allowing monsters to creep up on them. Although there is little sound bleed from scene to scene, music and sound effects are used to enhance creature performances and sets.

Kreepy Hollow is an old-school haunt that offers classic haunted house scares. Dr. Giggles sent one of our team members into a panic and more than a few patrons hid their faces from the monsters on the hayride. The scenes on the hayride circled the entire trailer making it harder to predict where the scares would come from. Between the screeching of chainsaws, the bang of guns, and the capering of the monsters, Kreepy Hollow effectively keeps patrons engaged in the haunt.

At roughly forty-five minutes in combined rides and walking, Kreepy Hollow provides a good value for their ticket price. Lines can go long on busy nights so make sure to pay attention to the line for the bus at the top of the hill and spring for a fast pass if waiting is not your thing as they have 3 different waiting lines. We feel that this attraction has a lot of room to grow but still offers a great value even for the fast pass ticketing option. 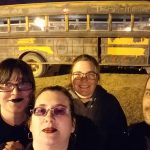 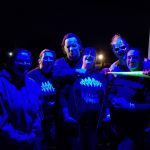 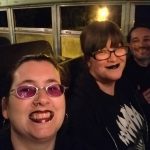 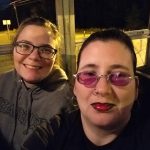 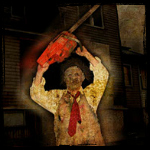 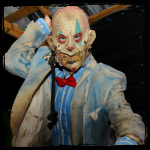 Scottbryanwoodworks – 10/10 – October 20, 2017The bus ride is crazy exciting, fast paced, and and a great start to this amazing attraction. We …show more opted for the fast pass to skip the long lines that looked like the entrance to a Carolina/Clemson football game!! The fast pass saved us a good 45 min of waiting and only took us maybe 10 minutes before we were on the bus. From then to the end it was a “hell” of an experience. Well worth the $70 bucks for me and my son. I be won’t spoil the fun but it’s definitely the best Halloween attraction I’ve been too so far