Survive the Storm at Unlock the Adventure Escape Experience is a Escape Room located in , . 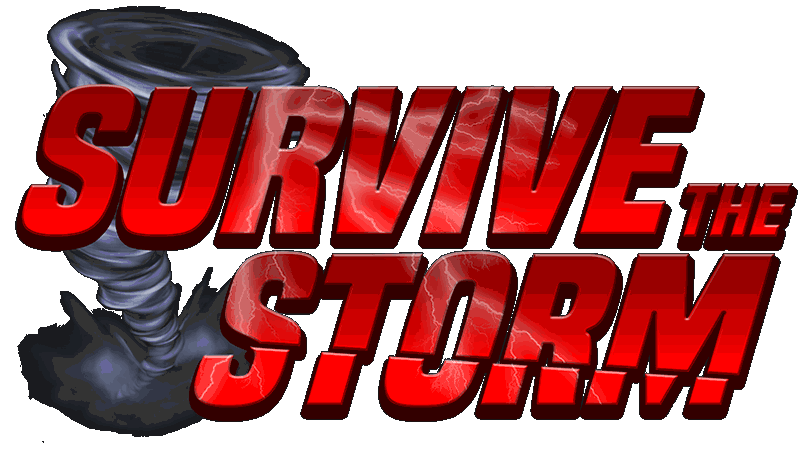 This attraction was reviewed on April 24, 2021 by Team Houdini.

Unlock the Adventure supplies a mix of first and second generation locks and puzzles. The owners pride themselves on delivering unique puzzles, theatrical effects, surprises, and deep immersion to fit each theme. As we mentioned during our previous visit; although they are a smaller business they can stand toe to toe with the some of the big budget escape rooms and this new room definitely reiterates that point.

Unlock the Adventure was easy to find using Google maps and GPS. It is located in a quaint little store front area in Titusville. There is signage above the store front as well as their logo and name in the window of the lobby. Parking is located on-street.

The lobby was neat and professional with plenty of seating. Due to Covid, all rooms are private and they have spaced times out to eliminate cross traffic. This time a new waiver was waiting on the counter. Unlike the previous waivers, this one was specific to the room. It was a ‘rental agreement’ for a cabin at Wild Bear Campgrounds. It went over your basic waiver verbiage of do’s and don’ts but mixed with rental jargon that you would expect to see in a rental agreement. It was a subtle but great touch. We were welcomed by Brett, Kirk, and Nikki who were all very eager and zealous about escape rooms. Also all three staff members were wearing ‘Wild Bear Campground’ shirts. We hadn’t even entered the room and they were already pouring a solid foundation for a deep level of immersion to come. Water bottles were available if needed. There were still no pre-puzzles as there was with our previous visit, however, they mentioned they were planning a revamp to the lobby until Covid hit. So hopefully that is something we will see in a future visit.

After signing the agreement, Brett read us the rules, safety guidelines, and basic story of the game. Again all tailored to the ‘cabin rental theme’ the presentation felt more like we were renting a cabin and less of entering an escape room. Then we were ushered through a familiar curtain to a long hallway which led to the escape rooms and the restrooms. We arrived at the cabin, lucky number 7. It was a small cabin fa������ade, with a yellow glowing porch light modestly welcoming us, which was another nice touch.

As we opened the door to the cabin and walked inside it appeared to be a quaint and ordinary cabin; not just wooden-like walls but an actual, completely wooden structure built inside of the building. The floors, walls and ceiling were made of solid wood as you would expect to find in a cabin. Pictures of nature, fishing equipment, and other trinkets that you would expect to see in a rustic lodge lined the walls. An old 1920’s/1930’s style radio sat on one side of the cabin and would be an important part of the game. Not only did it provide music from the era it provided information and pushed the narrative of the game. News broadcasts, story times, and weather alerts are also provided with an authentic delivery.

Speaking of sound, there is a wide variety of sound used throughout the game. Gun shots, dogs, bears, snakes, birds, crickets, rain and thunder can be heard. However, they did an excellent job of making the sounds feel like they were outside of the cabin. Even down to the thunder from the approaching storm starting out in the distance and then getting closer. The music and radio shows came through the radio or seemed to. Certain sounds were timed with puzzles that were solved and certain songs on the radio were timed with events happening in real time. The attention to detail and the cohesiveness of the story with the sound and gameplay took the level of detail to another level but, unfortunately, some people may miss these little Easter eggs. One little egg was a news broadcast that talked about a group of teens that went missing exploring a manor and a magic show coming to town, both nods to their other two rooms that we had already explored. The soundtrack on the radio is different per each experience depending on how fast you complete puzzles. You may encounter different songs than other groups who take longer to complete certain riddles. The sound really cranks up at the climax of the room when the storm is approaching.

Lighting also plays an important role in the immersion of the room. Starting out as a well-lit cabin as the story progresses the lights go out and it’s story time. A scary campfire tale is delivered through the radio. As the story is read certain events in the story come to life including a red glowing light coming from outside the originally normal window. Different color lighting in other areas also provided mood and tone to the story as more puzzles were uncovered.

We have seen and done a few cabin themed rooms, however most fell into the serial killer vibe. It was nice to see a different approach to this style of escape room. Although the game starts out on a happy note, as the day progresses, things become increasingly dismal as the storm approaches.

The theme was executed extremely well. The solid build of the room, the decoration, puzzles, sound and lighting fit the cabin theme with near perfection.

Survive the Storm provides one of the best immersive rooms we have experienced. The attention to detail in all aspects of the room is top notch. As mentioned the climax of the room is spectacular! Without giving too many details at one point as we moved from one area back to the main area I for a few seconds had a feeling of fear that I was really in a storm. This is the first time I have ever felt that level of immersion (in an escape room or haunt) where I briefly forgot I was in an escape/haunt attraction.

The gameplay focuses on a good deal of various locks but the journey from puzzle to puzzle was logical and enjoyable. Not all puzzles are linear as somethings you do may open something in another area or may be used in a later puzzle. Good communication is needed as you progress.

Brett did a superb job as game master. Unlock the Adventure is not as competitive as other rooms and focuses on the individuals’ enjoyment. You can receive as many or as little hints as you want. As we made our way through the room, Brett provided subtle hints to guide when we were stuck. The clues were provided by the Park Ranger via a walkie-talkie, again providing a deeper realism.

We had seen a few familiar puzzles but with a twist on the theme. We had also discovered some new puzzles that we haven’t seen yet as well. So we were pleased with the originality put into the puzzles.

Spoiler alert: When we entered the cabin the radio announced that it was 9 o’clock, which coincided with the time on the clock. The clock was in live time and provided us with a very natural way to track time and fit the theme perfectly, even down to it being a battery operated clock, so it stayed working during the power outage of the storm.

Unfortunately we did not finish in time but we were allowed to finish out the last few puzzles to see the conclusion and final puzzles of the room.
The cost is $25 a person, for up to 6 people, which is below average for most escape rooms.

As unlimited clues are provided it is difficult to provide an escape rate, however we found ‘Survive the Storm’ to be a challenging room. The progression of the story and the complete tone shift from beginning to end is really original. One of the most immersive and detailed rooms we have seen, with more Easter eggs than a Marvel movie. It’s more than just immersion; as we found it a highly enjoyable room, with a progressive story, and an extremely adrenaline-charged hour! A must see!

Richard and Karen Skinner – 10/10 – May 18, 2021Wow, just WOW! We were impressed with the uniqueness, originality, attention to detail, and had a …show more great time in all 3 rooms trying to figure out ‘the escape’ factor!A fantastic experience!less than a