The Lab at Escape Long Beach

The Lab at Escape Long Beach is a Escape Room located in , . 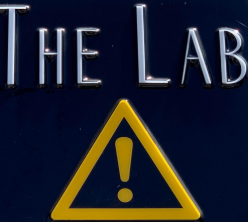 Team Yes and Escape reviewed this Escape Room on December 15, 2019.

So here’s the thing about labs: they seem to be the most common type of theme for escape games. Almost every escape room website I’ve seen has a ‘lab’ as one of its offerings. Having played a lot of labs, I’ve seen several rooms that have familiar puzzles, and not that they aren’t well done, it’s just repetitive. As the kids say, when it comes to labs: I’m over it.

But, Team Yes and Escape was already at Escape Long Beach and had just completed their other room when we were told that their game, ‘The Lab,’ had an opening if we were interested. We were so impressed with the quality of everything we’d seen from Escape Long Beach so far, we felt compelled to give it a try. Long story short: Escape Long Beach has successfully renewed my appreciation for labs, and has my sincere thanks for doing so.

We had the opportunity to speak with the manager/game designer before the game started, and he let us know that he felt this particular room, of their two, had only opened three months prior and was more straightforward experience when compared to the more fantastical experience in the company’s sister room.

We found Escape Long Beach on East Broadway. A large sign advertising both of their games guided us to the right building, which conveniently had some reserved parking spaces right in front. If they happen to be full, we found that plenty of free street parking was available. A friendly staff member took us right to the player lounge where we signed waivers and relaxed until it was time for us to begin. The couches were very comfy.

The staff had clearly put a lot of thought and care into creating their games, which was easy to see when listening to them talk about what we were going to experience. They seemed to have as much fun administering the game as we did while playing it. That really added energy to our group and helped fire up the adrenaline, which also made us feel like invited guests as opposed to run of the mill customers.

Lastly, after our game was over, our host offered to recap the entire scenario for our crew from start to finish. I don’t think I’ve ever experienced this before and I was happy for the opportunity to hear about what transpired. Some of the puzzles I worked on required bits and pieces from puzzles my teammates tackled, and I still wasn’t sure how we figured out certain aspects. The recap connected all the dots and aided in our whole team appreciating our collective accomplishments.

The immersion factor started before the clock even started ticking. During our briefing, we discovered our group had just graduated from the FBI’s basic training program. We even got to put on fancy FBI field jackets. We all felt very cool. However, the time for celebration was short because the FBI just intercepted a video message and package from a graduate research scientist who intended on doing something quite horrible. We were the closest agents to the scene, so we needed to be dispatched to deal with this threat.

The goal of a crazy scientist wanting to wrought destruction is a familiar one, but the method and location of how he wants to do so is very new. I’d tell you more, but figuring out both pieces of that information is a big part of the challenge. But I promise it’s probably something you aren’t expecting. That notion of “probably something you aren’t expecting” is the motif of this game. If you’ve seen lab type games before, you’re going to enjoy the refreshing breath of fresh air revolving around Escape Long Beach’s iteration. Everything in the room had significance and nothing was there just for the sake of being “science-themed.” Even the hint system is novel and immersive, where we were given the requisitioned phone of the mad scientist’s mentor, and can text the villain for help.

The room’s lighting was a little on the dark side, though we were provided with flashlights. The only way this became tricky was that some of the clues are type-written on small cards and were difficult to read without our flashlights. But, some of the more interactive clues required us to manually manipulate them based on what the card said; so every so often, we found ourselves needing a third hand.

As stated earlier, everything in this room was on theme and that was true of the puzzles. The entirety of multiple clue streams all played into the scientist’s master plan. Guests won’t be doing random math problems to get numbers for a combo lock. We were doing science-based puzzles that were extremely relevant toward uncovering the correct means to thwart the antagonist. In fact, there were very few conventional locks, so we really got to discover how the scientist’s mind worked.

The room itself was very tactile, which really made us feel like we were working in a lab. Our teammates made discoveries and rushed them over to where we thought they might be needed. This promotes a high degree of co-operation and appeals to a wide range of players with different cognitive strengths, which to me is the most important element of escape room design. A single-player shouldn’t be the hero; everyone should contribute in a meaningful way. Our team played on the intermediate setting and escaped with 15 minutes remaining while not requiring a hint, which demonstrates the expert game design that allowed the four of us to factor into a successful playthrough. The room can hold between two to six people, but four seemed like a spot on group size.

For a 60-minute escape game, you will pay up to $35 per person and your booking is private. Team Yes and Escape feels that this room is well worth the price of admission, especially if you too are looking for a fresh take on a science-based room. The puzzles are expertly crafted and woven seamlessly into the story. When finished, you’ll also receive coupons for some of the nearby restaurants. We highly recommend checking out “The Lab” at Escape Long Beach…

Humanity depends on it! 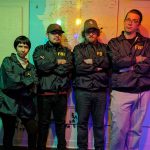 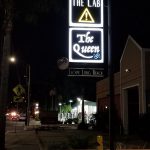 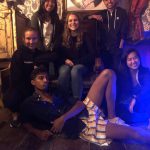