Background: What do you get when you cross three friends who have a love of horror and all worked at the Magic Kingdom together a decade ago? That’s right, Team Floridead! Evan, William and Brittany all met while working at Pirates of the Caribbean in the Fall of 2012 and quickly bonded over their love of Halloween Horror Nights. All three members of Team Floridead have a deep love for haunted houses and make their yearly treks to the many haunts of Orlando and Tampa each fall. Drawn to detail and full immersion, Team Floridead looks forward to visiting and discovering new haunted attractions across the state of Florida as members of The Scare Factor.

Evan, originally from Baltimore, MD, grew up surrounded by the best haunts in MD, PA, DE and VA. His love of horror began at a very early age watching The X-Files with his Mom every Sunday night and watching Tales from the Crypt with his Dad on HBO. Always drawn to all things scary, his first haunted house experience was in 4th grade when he had a birthday party at a local haunt. While every single one of his friends came out crying, Evan became infatuated and hooked on haunted attractions. His love of haunts ultimately led him to move to Orlando so that he could be closer to Halloween Horror Nights. Evan has a Bachelor’s Degree in Theater so, by day, you can find him working at several non-profit arts organizations across Central Florida.

William, originally from Milford, CT, moved down to Florida in January 2012 and worked at Disney World as part of the Disney College Program. William was first traumatized by a haunted house when he was 8 years old. The chainsaw chaseout at the end of the attraction led him to not attend haunted houses until he met Evan 13 years later. William was roped into going to Halloween Horror Nights for the first time and, after attending, found a new love for horror and haunted experiences. He’s happy to say that chainsaw chaseouts no longer cause him trauma. William and Evan are set to be married on October 30, 2022 and, as expected, are throwing a spooky HalloWedding.

Brittany, originally from O’Fallon, Illinois, moved to Central Florida in August of 2012. Brittany’s haunt career began overseas in Germany where she played the victim of a chainsaw wielding maniac. Her first horror film as a kid was Leprechaun and she has been in love with horror films and Halloween ever since, so much so that she got married on Halloween in 2016. Before moving to Orlando full-time, Brittany relocated to St. Louis where she annually visited some of her favorite attractions such as The Darkness, Creepyworld and the haunted Lemp Mansion. Nowadays, you can typically find her hiding behind Evan through haunted houses (unless there’s chainsaws involved, in which case Evan typically goes running). 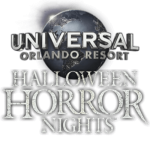 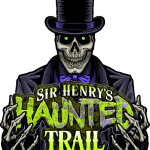 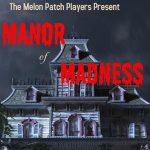 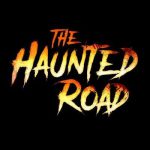 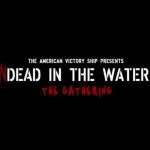 UNdead In The Water Tampa, FL