Background: Heather has loved all things Halloween, paranormal, horror, and haunt since she was a little girl in Connecticut, watching classic, black-and-white Universal Monster movies with her dad. There is absolutely nothing that brings her more joy than going to or being part of the haunt and horror world. As a teen, she created a small haunt in her community clubhouse to raise money for a sick friend’s medical bills and then was asked to create and run one for the park and rec in her hometown. After high school, she went to college at the University of Southern California and received her BA in Theatre. She earned her membership into the Screen Actors Guild and worked in the entertainment industry in Los Angeles for ten years. While there, she was cast as a scareactor at the very first Halloween Horror Nights at Universal Studios Hollywood. She has also cast/managed actors for a small theme park haunt in CT and created month-long, horror-themed events, celebrity meet and greets, and décor transformations for a casino in Florida for three years. And on every vacation she goes on, she always makes sure to check out a haunt and/or a ghost tour in that town. In 2020, Heather started her own horror fan page, “Fright Life with Madame Grimhilde Macabre.” The “Fright Life” discusses and reviews haunted attractions, horror movies/TV, Halloween, and all things creepy. With Heather’s background in theatre and haunt production, going to haunts isn’t just about the scare for her. It’s about the set designs, costumes, acting, and creativity. Halloween and haunted attractions are not just a hobby. It is a lifestyle 365 days a year.

Joining Heather’s team is her husband Marcos. Originally from Houston, Marcos has a collection of over 100 horror movies on DVD and was a participant in a Walking Dead event at Reliant Stadium in Houston. For most of his life, he made annual outings with friends to local Houston haunts and was known to have the best annual Halloween parties. Heather and Marcos started dating in 2014 over a shared love of all things horror. They got married on October 30, 2016, and had a Haunted Mansion-inspired wedding. They now live in the Florida Panhandle, where Heather is a Director of Sales and Marketing for two hotels and Marcos is an 8th Grade English teacher. Every year, during haunt season, they make it a point to go to new cities and visit haunted attractions together. And now, as a review team for The Scare Factor, they look forward to visiting and reviewing attractions in the South and all along the Gulf Coast. 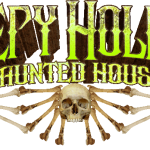 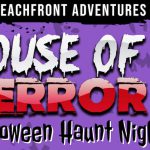 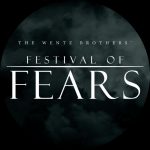